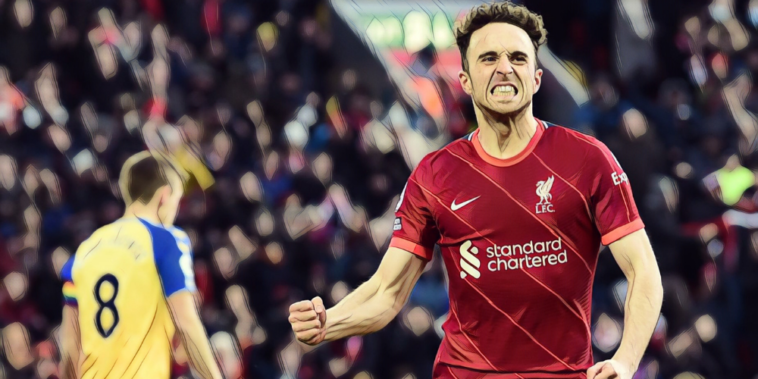 Each week we delve through the Premier League’s weekend action and compile our divisional Team of the Week, with the latest round of fixtures impacted by wintery weather conditions across the country.

Manchester United held league leaders Chelsea to a draw at Stamford Bridge despite Cristiano Ronaldo’s notable omission from the side, whilst Manchester City and Liverpool closed the gap on the west Londoners with wins over West Ham and Southampton.

As he so often has done this season, De Gea came to the Red Devils’ rescue as Manchester United withstood huge pressure to earn a hard-fought point at Chelsea.

The Spain international denied both Callum Hudson-Odoi and Antonio Rudiger with fine saves as Chelsea dominated the opening exchanges, keeping his side in the contest as the European champions threatened to run riot at Stamford Bridge.

The team fought for everything, we must continue this to achieve our aims 🔴 pic.twitter.com/uRsWSXeUWs

De Gea later managed to claw away a Reece James free-kick in another moment that saved his side, providing the platform for the managerless Red Devils to secure a result.

Missed opportunities were the familiar narrative of Brighton’s goalless draw with Leeds, the Seagulls squandering a wealth of chances during a frustrating performance at the Amex Stadium.

The bright spark for Graham Potter’s side was the performance of Tariq Lamptey, who was electric during the first half in a position advanced high up the pitch.

Lamptey created five chances in the first half alone and made three successful dribbles, in addition to winning four fouls as Leeds struggled to deal with the speed and forward threat of the 21-year-old.

His return to the side after injury has been a major boost for Brighton and Lamptey remains one of the most exciting prospects outside the Premier League’s ‘top six’.

The veteran was calm, measured and composed once again at the heart of the Chelsea defence against Manchester United, rarely appearing to move out of second gear during another commanding showing.

The 37-year-old made one outstanding challenge on Bruno Fernandes and produced another intervention to deny Cristiano Ronaldo late on, whilst it was the Brazilian who was hacked down to win Chelsea a penalty for Jorginho’s equaliser.

But for a howler from Jorginho, he would have added another clean sheet to an ever-growing collection.

Authoritative in difficult conditions as Liverpool thrashed Southampton 4-0 on Merseyside, a result that saw the Reds close the gap on league leaders Chelsea.

Van Dijk was a commanding presence alongside Ibrahima Konate, the latter enduring some nervy moments as the youngster continues to adapt to the demands of the Premier League.

Van Dijk dealt with danger throughout and capped his performance with a goal against his former side, rifling in from Trent Alexander-Arnold’s corner to score his first goal since the opening day of the 2020/21 season.

For the first time since his emergence as a first-team regular at Liverpool, Andy Robertson has faced questions over his position in recent weeks with a dip in form and the impressive showings of Kostas Tsimikas providing a decision for Jurgen Klopp.

Robertson returned to his best during the 4-0 weekend win over Southampton, marauding forward down the left flank in trademark fashion and linking well with Sadio Mane in wide areas.

He created the first with a burst into the box and low cross for Diogo Jota, before putting a brilliant ball into the path of the forward who spurned a glorious opportunity for a hat-trick at Anfield.

Villa ended the latter’s unbeaten home record this season with a 2-1 win at Selhurst Park, an impressive performance that saw John McGinn’s box-to-box energy central to their success in the capital.

McGinn posted extraordinary numbers in an all-action showing for Villa, winning 12 of his 13 ground duels and each of his attempted seven tackles.

The Scotland midfielder was at his industrious best and came close to scoring with a fine curling effort, before finding the decisive moment for Villa with a superb finish to score his side’s second, a crisp first-time strike from the edge of the area that his manager would have been proud of.

Thiago Alcantara’s frustrating start to his Liverpool career has been well-documented, but the midfielder is beginning to grow in importance and influence to Jurgen Klopp’s side.

The Spain international was excellent in the win over Southampton as the Reds became the first team since Sunderland in 1927 to score 2+ goals in 17 consecutive fixtures, orchestrating proceedings from deep with his passing range.

Thiago’s ability to thread passes through lines helped Liverpool combat Southampton’s press, whilst he netted for the second successive game with a deflected strike, having shown lovely footwork to manoeuvre the shooting chance.

Klopp has been unable to call on a midfield three of Thiago, Fabinho and Jordan Henderson for much of the period since the former’s arrival, but it is a trio of quality and balance that he will hope to utilise moving forward as Liverpool pursue major honours.

How Leicester could do with James Maddison back to his best on a consistent basis this season.

The midfielder was outstanding as Brendan Rodgers’ side beat Watford 4-2 in an entertaining contest at the King Power Stadium, involved in the Foxes’ best moments in a performance of creative quality.

Maddison scored the opener and created two goals for Jamie Vardy, whilst it could have been even better for the 25-year-old had it not been for the wastefulness of his teammates.

James Maddison has scored in back-to-back games for the first time since January 2021.

Madders getting back in the groove. 💫 pic.twitter.com/Z3zHFciVyZ

Maddison followed an excellent midweek showing in the Europa League with his best performance of the season so far, an encouraging sign for Rodgers as Leicester look to kickstart a campaign that has failed to take off.

Arsenal’s best player as the Gunners bounced back from last weekend’s loss at Anfield to beat Newcastle, scoring the opener with a low finish following a sharp interchange around the edge of the area.

Saka was a menacing threat throughout and Matt Ritchie struggled to deal with the England international, his speed and movement proving problematic for the Magpies at the Emirates.

Arsenal will hope the injury picked up by the winger is nothing serious, with Saka a major part of Mikel Arteta’s emerging side. The north Londoners moved level on points with fourth-place West Ham in the race to secure Champions League football this weekend, ahead of a huge midweek trip to Manchester United.

Diogo Jota’s arrival at Liverpool came as a surprise on its initial announcement, but it has proven another masterstroke from the Reds’ recruitment team.

Jota has proven the perfect player to compliment and challenge Liverpool’s established front three, with the Portugal international leading the line this weekend in the continued absence of Roberto Firmino.

The 25-year-old twice found himself in the right place at the right time to score a brace, whilst he should have had a hat-trick after spurning a chance from Andy Robertson’s inviting cross.

Jota’s movement, energy and intelligent touches have ensured a seamless transition into this side and it’s now seven league goals from just 10 starts for the forward this season.

Jamie Vardy returned to form in style this weekend, scoring twice as Leicester beat Watford at the King Power Stadium.

It was a classic performance from the Foxes’ forward who was at his clinical best, running off the shoulder of the last defender and making no mistake with the chances that came his way.

Vardy’s first was a fantastic lifted finish after ghosting in behind, before doubling his haul with a brilliant header from James Maddison’s in-swinging corner.

⚽️⚽️ With his 2 first half goals, Jamie Vardy has moved past Nicolas Anelka & Robbie Keane to 127 PL goals (level with Jimmy Floyd Hasselbaink, T14th overall) – 93 have been scored since turning 30, the joint most with Ian Wright pic.twitter.com/0YYK6Y2LwT

The 34-year-old has now scored a joint-Premier League record of 93 goals since turning 30, a stunning statistic for a footballer who continues to torment teams well into his thirties.