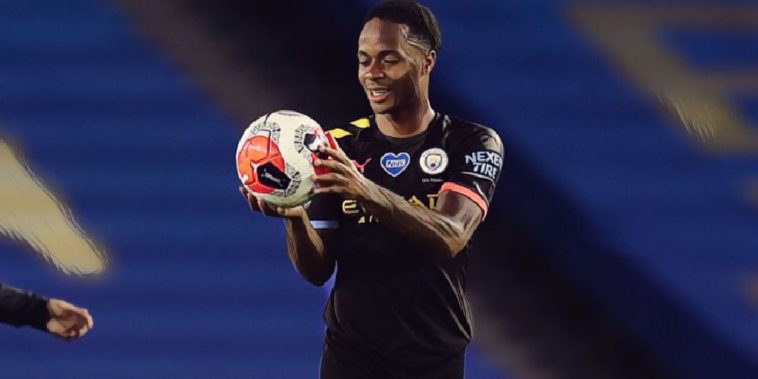 It’s been an enthralling week of Premier League action with the games continuing to come thick and fast, a fascinating round of midweek fixtures followed by a weekend of huge results at either end of the table.

Elsewhere there were vital wins for strugglers Watford, West Ham, Bournemouth and Aston Villa, with the Premier League‘s relegation run-in seemingly set to go right to the wire.

It’s that time of the week again where we compile our dream XI of the week’s action in The Football Faithful’s Team of the Week:

Burnley need just four more points to equal their record Premier League points tally following another solid season under the guidance of Sean Dyche, the Clarets seemingly set for a top-half finish after picking up four points from their two fixtures this week.

Key to their success this season has been the impressive form of goalkeeper Nick Pope, who must surely have earned an opportunity to show he can replace Jordan Pickford as England’s number one shot-stopper.

The 28-year-old is currently the joint-leader for the Premier League’s Golden Glove alongside Manchester City’s Ederson, and was excellent as Dyche’s side secured a 1-0 victory at West Ham in midweek.

Nick Pope made eight saves against Liverpool, only Paulo Gazzaniga (12) has made more in a single Premier League game at Anfield this season.

Without him, Liverpool's winning streak would have continued. ⛔️ pic.twitter.com/jOrIvcbkZx

Pope followed that performance with a stand-out individual display at Anfield on Saturday, making a series of stunning saves – including one brilliant reaction stop to deny Mohamed Salah – as Burnley became the first team to take a point from newly-crowned champions Liverpool on Merseyside this season.

Back-to-back wins for Watford has breathed new life into the club’s relegation fight, the Hornets securing consecutive victories over Norwich and Newcastle at Vicarage Road to sit three points outside the drop zone.

Dawson headed home a vital equaliser from close range to set Watford on their way to a comeback victory against Norwich in midweek, before standing tall against an awkward Newcastle forward line to help seal a second successive three points for Nigel Pearson’s outfit.

The centre-back read the game well and won everything in the air, whilst his notable threat at set-pieces could prove vital to Watford’s hopes of survival.

Just when Sheffield United‘s season seemed to be petering out, Chris Wilder’s side responded with emphatic victories over fellow European hopefuls in Wolves and Chelsea.

Their victory over Wolves in midweek came in dramatic circumstances as John Egan headed home Olivier Norwood’s 93rd minute corner for the only goal of the game, before the centre-back produced another strong showing as Chelsea were dismantled at Bramall Lane in style.

Egan has been a model of consistency and continues to thrive after dropping down the leagues to hone his talents, the Cork-native producing when it matters for a Sheffield United side just a point outside the top six.

"WHAT A PRICELESS, PRICELESS GOAL"

The centre-back was solid in defence and made a game-high seven clearances for Jose Mourinho’s side, before heading home a vital winner to secure three points and keep alive the club’s hopes of securing European football.

Alderweireld’s match-winning intervention came after helping Spurs to successive clean sheets since returning to the side, Mourinho’s team a more solid proposition with the experienced star amid their ranks.

Toby Alderweireld is the first Tottenham player to score against Arsenal at both White Hart Lane and Tottenham Hotspur Stadium.

Into the record books. ? pic.twitter.com/mFx02gwxgF

Wolves bounced back from their agonising late defeat at Sheffield United to thrash Everton at Molineux, a fine performance from Nuno Espirito Santo’s side perfectly conducted by their Portuguese midfield maestro.

Neves showcased the full range of passing that Wolves’ fans have become accustomed to, dictating the play with raking cross-field passes and producing one perfect defence-splitting pass to release Diogo Jota for his side’s third goal.

The 23-year-old remains diligent in his defensive duty in addition to being central to Wolves’ best displays, and there is little surprise that speculation continues to link the midfielder with the division’s biggest sides.

Arguably the signing of the season despite only arriving in the winter window, Fernandes has transformed this Manchester United side into one that looks capable of challenging for honours with just a few more high-quality additions.

The Portugal international has starred since signing from Sporting Lisbon and continues to deliver with incredible regularity, a sublimely talented footballer who is the heartbeat of United’s best play.

Fernandes starred once more during the win at Aston Villa as the Red Devils stretched their unbeaten run to 17 games in all competitions, winning and converting a penalty before providing another assist for Paul Pogba’s 58th-minute strike.

His midfield partnership with Pogba has huge potential, the Frenchman unlucky not to earn his own inclusion in this side following his best performance since returning from injury.

An almost ever-present in this feature throughout the season to date, Manchester City’s Kevin De Bruyne continues to enhance his reputation as the finest footballer in the Premier League.

The Belgian is simply central to his side’s best displays and was at his sensational best throughout emphatic victories over Newcastle and Brighton, majestic in his passing and the man who makes things tick for Pep Guardiola’s side.

City may have fallen short in their bid to defend the Premier League title, but it is difficult to argue a case against De Bruyne winning the Player of the Year awards – the 29-year-old now just two assists short of levelling Thierry Henry’s all-time single-season record of 20.

Plenty of competition for this place in our side with Mohamed Salah and Mason Greenwood both in contention following goalscoring heroics in midweek, but we’ve opted for Aston Villa’s Trezeguet after he kept his side’s survival hopes alive with a crucial brace against Crystal Palace.

Aston Villa players have featured only intermittently in this feature given their struggles this season, but the Egyptian earns inclusion following his match-winning heroics against the Eagles.

The winger was in the right place at the right time for Dean Smith’s side on two occasions, ending a run of 10 league games without a win and offering a faint hope of securing a miraculous escape.

Trezeguet has scored his fifth Premier League goal of the season for Aston Villa.

Only Jack Grealish (7) has scored more for the club. pic.twitter.com/O8Zzll4N77

Four goals and an assist for Raheem Sterling in two fixtures over the past week, the Manchester City winger providing the cutting edge as Pep Guardiola’s side racked up ten goals without reply in victories over Newcastle and Brighton.

After a starring display in the win over the Magpies in midweek, Sterling was his electric best against Brighton, netting his second Premier League hat-trick of the season against the struggling Seagulls.

His first goal came in typical fashion as he cut inside before rifling home, before two uncharacteristic headers – the second coming in bizarre circumstances – completed his treble, Sterling moving to 27 goals for the season in his most prolific campaign to date.

Critics questioned his predatory instincts during his younger years, but no Premier League player has scored more goals in all competitions so far this season.

This has been @sterling7’s best-ever goal-scoring season.

And he’s still got plenty of football to go ? pic.twitter.com/JQV0NgyDHY

The first West Ham player in Premier League history to score four goals in a single league fixture, the performances of Michail Antonio have been a key factor as the Hammers’ have edged away from the drop zone.

Utilised in a central striking role, Antonio was simply unplayable against a hapless Norwich, scoring four times during an extraordinary individual performance to relegate the Premier League’s bottom side.

The Canaries defence simply couldn’t cope with the pace, power and predatory instincts of the 30-year-old, who has now scored more goals than any other player since the Premier League’s restart.

The final position in our team was a tough decision between two players who ended long, long waits to score their first Premier League goals of the season, but we’ve opted for Bournemouth’s Dominic Solanke ahead of the equally relived David McGoldrick of Sheffield United.

Solanke was tipped for a huge future from a young age but his Premier League career has faltered in recent years, a move from Chelsea to Liverpool failing to work out before a £19m move to join Bournemouth.

That substantial investment had seemed like a huge waste for the Cherries as the 22-year-old toiled in front of goal, failing to score in his first 38 league appearances for the club before a vital brace against Leicester this weekend.

Solanke scored twice as Eddie Howe’s side secured a vital 4-1 win over the top four-chasing Foxes, and the forward will now hope to take huge confidence into Bournemouth’s remaining fixtures as the club desperately bid to retain their top flight status.