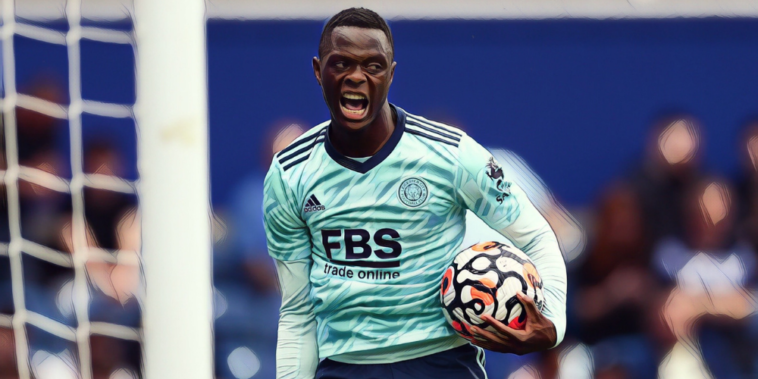 Premier League football returns for the 2021/22 season this weekend and the opening fixtures provide fans with a first glimpse of some exciting new arrivals.

Whilst the division’s ‘big six’ have captured most of the headlines with some major summer transfers, there’s been plenty of interesting business across the rest of the Premier League during the summer window.

English clubs have once again splashed the cash on summer signings and we’ve decided to look at five exciting attacking players snapped up by non ‘big six’ clubs this summer.

Manchester City may have prised Jack Grealish away from Aston Villa in a record-breaking deal this summer, but the club’s transfer business has helped ease concerns amongst the Villa Park faithful.

Dean Smith has bolstered his squad with a number of eye-catching additions, including the club-record signing of Emiliano Buendia from Norwich and the out-of-the-blue capture of Danny Ings.

Whilst that duo should help shoulder the creative and goalscoring void left by Grealish’s exit, it is perhaps the £30m arrival of Leon Bailey from Bayer Leverkusen that offers the most intrigue.

Bailey has been perennially linked with a move to the Premier League’s ‘big six’ in recent years, having starred during his five seasons with the Bundesliga side.

We're sad to see you go, but good luck on your new adventure @LeonBailey! 🤝🔥 pic.twitter.com/eXCBT3qGJK

Bailey will provide electric pace, creativity and an exciting direct style, with the 24-year-old comfortable on either flank, though more at home drifting inside from the right onto his stronger left foot.

Inconsistency remains in his game, but he arrives into the Premier League after his best Bundesliga season, having scored 15 goals and provided 11 assists across all competitions for Leverkusen.

Leverkusen’s failure to qualify for the Champions League has seen the German side part with Bailey and Villa will hope the Jamaican can find the consistency to match his quality this season.

Leicester’s search for a long-term replacement for Jamie Vardy has landed on the signing of Patson Daka, securing a £23m deal for the prolific Red Bull Salzburg star.

Kelechi Iheanacho’s form towards the end of last season helped alleviate some of the pressure on Vardy, but the arrival of Daka has now provided the Foxes with further firepower ahead of another top-four push.

The 22-year-old has already endeared himself to his new supporters with flashes of his promise in pre-season, with Daka’s electric pace and willingness to pressure defenders making him an instant favourite.

Wow, I could not have asked for a better way to start the season. 2021 Community Shield winners. 🙏🏽🏅
Thank you to all the fans & my team mates who pushed us to the final whistle. @LCFC👏🏽🔵🦊#MakeJesusYourAim pic.twitter.com/WTjosxJcjk

The Zambia international is the latest exciting star to emerge from Red Bull’s notorious production line of talent and was named as the Austrian Bundesliga’s Player of the Season last term, after scoring 27 goals in just 28 appearances as Salzburg secured an eighth consecutive title.

His overall record for Salzburg was 54 goals in just 53 starting appearances and whilst he will take time to settle into the demands of English football, there appears plenty of reason for the Leicester supporters to get excited about their new arrival.

Wolves are preparing to embark on a new era under manager Bruno Lage this season, though the heavy Portuguese contingent of recent years looks set to continue under the newly-appointed head coach.

Amongst a plethora of youthful additions is the loan arrival of Francisco Trincao from Barcelona, a hugely promising wide talent that Wolves have secured with an option to buy.

Having enjoyed a bright breakthrough at Braga he signed for Barcelona in a €31m deal last summer, but made just three league starts as he struggled for regular involvement in the dysfunctional Catalan side.

A return of three goals and two assists showed promise however, and Wolves will now hope the talented 21-year-old can produce consistently when given the platform of regular senior football.

Trincao – who played youth football with Pedro Neto at Braga – is a footballer who will command possession and look to make things happen between the lines, capable of drifting inside from wide to create goalscoring opportunities.

Wolves will hope that Lage’s reputation for developing young players can continue as the club’s two Portuguese prospects seek to shine on opposite flanks this season.

The £8m capture of the winger has gone somewhat under the radar given transfer deals elsewhere, but could prove one of the best value deals of the summer window.

The 19-year-old spent time in the academy systems at Chelsea and Manchester City before signing for Reading, where he enjoyed a breakthrough season last term to be named in the divisional Team of the Year and nominated for the EFL’s Young Player of the Season accolade.

Olise scored seven goals and provided 12 assists in the Championship last season, with only three players creating more than his 84 chances – though almost half (40) came from set-piece situations and it remains to be seen whether he can command set-piece responsibility at Selhurst Park.

Michael Olise strengthens and weakness according to @WhoScored ❤️💙 pic.twitter.com/VYK4WzBeKF

Technically gifted and an excellent dribbler, Olise is comfortable on either flank or in a central role behind a main forward and has huge potential.

Palace were in need of an overhaul this summer and Olise will inject youthful zest into the side, whilst the Eagles will hope the summer signing can fill the creative void left by Eberechi Eze’s Achilles injury.

Danny Ings’ move to Aston Villa left Southampton in need of attacking reinforcements this summer, with the Saints reinvesting a portion of the forward’s fee into the signing of Adam Armstrong.

Armstrong has worked his way back to the Premier League after failing to make the grade at Newcastle, making just 21 appearances for his boyhood side after coming through the academy ranks.

A move to Blackburn in 2018 has since seen the forward flourish however, including scoring 28 league goals last season to finish as runner-up to Ivan Toney for the Championship’s Golden Boot.

The forward’s shoot-on-sight mentality has delivered 46 goals in all competitions across the past two seasons with Blackburn, whilst the Saints’ front-footed and energetic style looks tailor-made for the tireless summer signing.