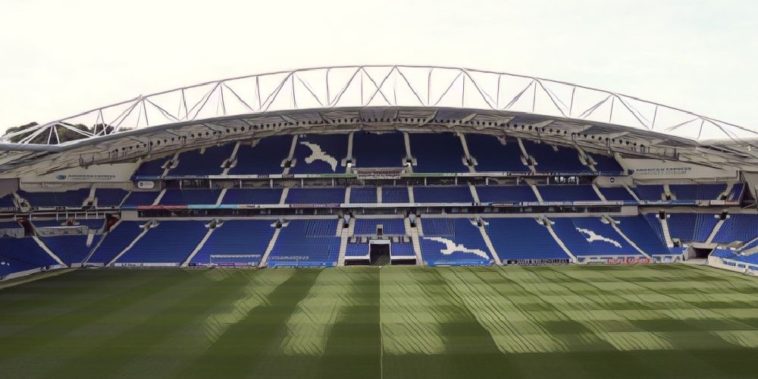 Premier League clubs want relegation scrapped if the season is finished at neutral venues, with several teams struggling near the foot of the division concerned over a lack of home advantage during the run-in.

Football remains suspended indefinitely at present amid the coronavirus pandemic, though there currently remains a commitment to concluding the campaign with talks continuing over a safe return to action.

The Premier League held talks with the division’s representative clubs during a meeting on Friday to discuss a potential behind-closed-doors return, including the possibility of playing the remaining league fixtures at neutral venues to prevent gatherings outside home grounds.

While there was a public message of unity following the four-hour talks, the Telegraph reports that the neutral venues plan was met with opposition from several sides battling against relegation, with the likes of West Ham, Watford, Bournemouth, Brighton and Norwich all believed to be against the idea after citing a lack of home advantage.

19th placed Aston Villa – who were scheduled to play six home games in their remaining ten fixtures – are also believed to have expressed concerns regarding the proposals, views which could hinder a potential return for the Premier League season.

The report claims that ‘lifting the threat of relegation’ could be ‘the only way to convince’ sides at the bottom of the division to fulfil the fixture schedule, with any Premier League vote requiring a majority of 14 to six in order to be passed.

Brighton chief executive Paul Barber has publicly expressed his concerns over the weekend, saying that playing at neutral grounds has the “potential to have a material effect on the integrity of the competition,” the 15th-placed Seagulls scheduled to play home fixtures against Watford and Aston Villa – two sides currently below them in the table – during their final nine games of the season.

Brighton currently sit just two points clear of the relegation places, while just seven points separate the current bottom six, and Barber believes a lack of home advantage could prove critical in the battle against the drop, even in spite of the anticipated absence of fans at stadiums across the country.