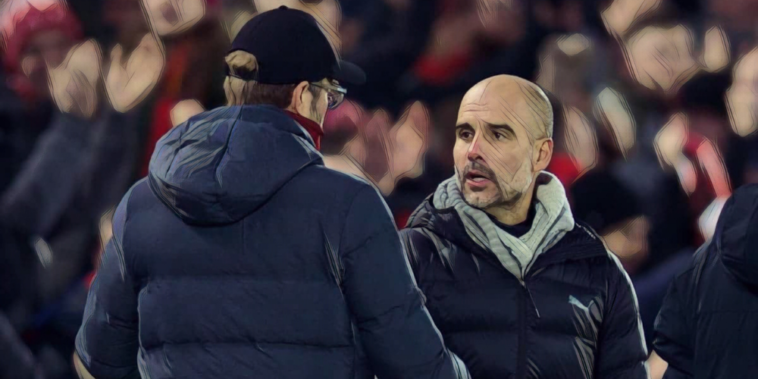 Liverpool face Manchester City in the biggest fixture of the Premier League’s seventh round of fixtures, the division’s top two meeting in what promises to be a fascinating clash at Anfield.

Mancunian and Merseyside rivalries are also resumed at Old Trafford as Manchester United host Everton, whilst a resurgent Arsenal travel to face Brighton as the Gunners look to continue their recent momentum.

Manchester United’s season so far has already been an up and down affair, but the Red Devils remain just one point off the league leaders despite last weekend’s disappointing defeat to Aston Villa.

The loss to Villa was followed by a fortuitous last-gasp win against Villarreal in midweek, as Cristiano Ronaldo invoked his latest get-out-of-jail-free card, following some goalkeeping heroics from David de Gea.

The ease at which Villarreal cut through the Red Devils will be of huge concern to Ole Gunnar Solskjaer however, with the Spanish side’s mix of wastefulness and misfortune all that prevented a significant first-half advantage.

Solskjaer chose to utilise Paul Pogba in a more central role alongside Scott McTominay against the La Liga side, but the result was far from convincing and a return to the more balanced – if maligned – ‘McFred’ partnership looks sensible.

Pogba is a wonderful footballer and has been outstanding on occasion from a position on the left, but is more comfortable on the front foot and can leave gaps to be exposed.

Everton are the visitors this weekend after a strong start under Rafael Benitez, who has utilised the running power of Abdoulaye Doucoure over the opening weeks of the campaign.

Manchester United have neither the elite defensive midfielder nor intensity further forward to be carrying midfield passengers and Solskjaer knows it.

Now or never for Norwich

Norwich’s return to the Premier League has been an unmitigated disaster so far, losing six straight fixtures with just two goals scored and a huge 16 conceded.

The fixture list has been far from kind to the Canaries with perhaps the disappointing defeat to Watford the only fixture in which you would have expected Daniel Farke’s side to earn points, though Norwich now face a run of games that will define their season.

This weekend’s trip to Burnley is followed by fixtures with Brighton, Leeds, Brentford, Southampton, Wolves and Newcastle within their next seven, four of which come at Carrow Road in a real do or die sequence of games.

The trip to winless Burnley represents the first step towards possible safety and defeat to a side without a home win in their last six attempts against newly-promoted sides would represent a catastrophe for Farke.

Is Conte onto something?

Antonio Conte this week spoke on Romelu Lukaku’s move to Chelsea, believing the Blues have so far failed to work out how get the very best from the Belgian despite an impressive record of four goals in eight games.

Lukaku, however, has now failed to score in four games and Chelsea will be keen for him to rediscover his mojo after the west Londoners blanked in successive defeats to Manchester City and Juventus.

Thomas Tuchel’s desire to sign Lukaku was based on his need for presence further forward, but Conte – for who Lukaku scored 64 goals across two seasons at Inter Milan – believes using the Belgian as a target only unlocks a section of his capabilities.

Last season the 28-year-old thrived in tandem with a partner in Lautaro Martinez at the San Siro, ranking second in Serie A for goals scored (24) and joint-first for assists (11).

The presence of another forward runner – as opposed to creative types operating behind – could allow Lukaku to drop deeper, where he can be devastating when allowed to get up a head of steam and race towards goal.

An opportunity for Timo Werner, perhaps?

Leeds finished last season with a bang, winning each of their final four games to climb to an impressive finish of ninth upon their Premier League return.

Six games into the new season and Marcelo Bielsa’s side are without a win, however, finding themselves mired in the relegation places.

Even this early into the season there has been tentative talk about second season syndrome and ‘Bielsa burn-out’, with the relentless energy of last season’s side having largely been lacking.

Leeds travel to face Watford this weekend, a winnable-looking fixture against a side who will provide chances that the visitors must capitalise on at Vicarage Road.

Dark clouds surrounded the Emirates heading into last month’s international break, but the mood is different at present as the Premier League prepares to pause for World Cup qualification once again.

Bottom of the division after losing each of their first three, a response of three consecutive wins – including last weekend’s devastating North London derby display – has reignited hopes of a successful season at the Emirates.

Maintaining that momentum is now key for Mikel Arteta, ahead of a difficult-looking trip to face Brighton on Saturday evening.

The Seagulls have won four and lost just one of their first six fixtures and Graham Potter’s side will be confident of stopping the resurgent Gunners in their tracks.

Both sides will look to play football and it could lead to an entertaining fixture at the Amex Stadium, one that will see confidence soar for the side that emerges with the right result.

Said Benrahma’s performances for Brentford persuaded West Ham to hand the mercurial Algerian an opportunity in the Premier League, with the creative midfielder having established himself as one of the most exciting talents in the Football League.

Benrahma’s first season saw him struggle to replicate those performances after stepping up a division, failing to find consistency and finishing a testing debut season with just a solitary league goal.

"Everything positive West Ham have done, he's been involved in some capacity."

Said Benrahma is some player! ✨@CarltonCole1 and Joe Cole are full of praise for West Ham's creative midfielder… #UEL pic.twitter.com/og35f503U3

The 26-year-old already has three for the campaign already after growing in influence at the London Stadium, and will face off against his former side this weekend as an established Premier League performer.

Brentford have continued to go from strength to strength in his absence, but will be well aware of the threat the fleet-footed star can pose to their impressive first campaign at this level, with Benrahma a footballer capable of the unexpected.

“We are acutely aware of the need to select someone whose values reflect those of our great Club and return to playing football with the style for which we are known – free-flowing, attacking and entertaining.”

Those are the words of Spurs chairman Daniel Levy in an open letter to supporters at the end of last season, revealing his determination to recruit a head coach that could provide entertaining football to north London.

After a chaotic pursuit, Levy chose former Wolves head coach Nuno Espirito Santo as the successor to Jose Mourinho, a man far from renown for his attacking philosophies – and so it has proved.

Consecutive 1-0 wins to start the season at least rose optimism around a top-four challenge, but three successive losses since have increased the pressure on the new manager.

Spurs have been flat, lacklustre and uninspiring during defeats to Crystal Palace, Chelsea and Arsenal, conceding nine goals in those clashes to plummet down the division.

The stats so far have made for grim reading, with Spurs ranked 20th in the Premier League for shots, chances from open play and distance covered per 90 minutes.

Spurs boast two elite talents in Harry Kane and Son Heung-Min, both of whom reside in the final third, and the emphasis is now on Nuno to get the best from that duo before it’s too late.

Liverpool and Manchester City’s very modern rivalry will have its latest instalment this weekend, as the division’s top two – and winners of the Premier League in each of the past four seasons – collide at Anfield.

The clash also pits together the league’s best attack against its best defence, with Liverpool the league’s leading scorers with 15 goals from their six fixtures to date.

Jurgen Klopp’s side have also netted eight times across just two Champions League fixtures, including a 5-1 thrashing of Porto at the Estádio do Dragão in midweek.

City have scored 12 league goals of their own, but the champion’s greatest asset has been a water-tight defence, one that has conceded just one goal in the Premier League so far this season and boasts the best xGC (2.69) in Europe’s five major leagues.

Whether Liverpool’s firepower or City’s resistance emerges on top could be the deciding factor in a game which could have huge consequences on the title race.

City ended an 18-year hoodoo after winning at Anfield in emphatic fashion last season, but the return of a raucous home crowd will provide a different – and fascinating – setting this time around.