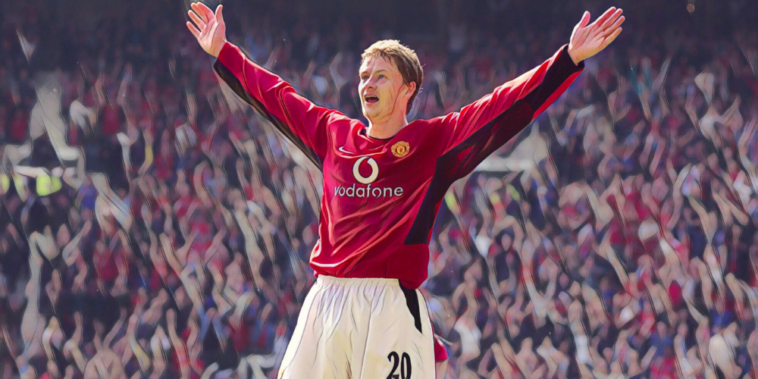 The South Korean became the first ever Asian winner of the accolade, whilst his achievement was made all the more impressive after sealing a Golden Boot-winning campaign without a single penalty scored.

Following his feat, we’ve decided to look at the players with the most ever Premier League goals in which none have come from the penalty spot.

Kevin Cambpell came through the ranks at Arsenal before forging a successful Premier League career, scoring 82 goals for a number of clubs in England’s top division.

After winning the FA Cup, League Cup and European Cup Winners’ Cup with the Gunners, he moved on in search of more regular first-team football and signed for Nottingham Forest.

Campbell later earned cult status at Everton after signing on loan for the relegation-threatened Merseysiders during the 1999/2000 campaign, scoring nine goals in his first eight games to help steer the side to Premier League survival.

He scored 37 league goals across five-and-a-half seasons with the Toffees before a short spell at West Brom brought an end to his Premier League career.

Ole Gunnar Solskjaer’s ruthless finishing saw him nicknamed the ‘Baby-faced Assassin’ at Manchester United, with his £1.5m arrival from Molde proving one of the club’s shrewdest signings.

Solskjaer spent more than a decade with the Red Devils and proved an invaluable member of a squad that dominated the Premier League, scoring 121 goals in 366 appearances across all competitions – including that famous winner in the 1999 Champions League final.

He famously developed a reputation for influencing games of the bench, never more so than a sensational four-goal haul off the bench against Nottingham Forest.

The Norway international won six league titles and two FA Cups among his long list of honours and scored 91 league goals for United – none of which came from the penalty spot.

There are just three players inside the Premier League’s ‘100 club’ who never scored a penalty, with Emile Heskey next up on this list with 110 goals in the division.

Heskey made his name as part of a talented Leicester team across the turn of the millennium, as the Foxes reached three League Cup finals in four seasons, winning twice.

He made an £11m club-record move to Liverpool in 2000 and starred during the Reds’ cup-treble winning campaign in his first full season, netting 23 goals and proving an excellent foil alongside Michael Owen at Anfield.

Our former number 8⃣ netted some special strikes in his 6⃣0⃣ goals for the Reds. 🙌⚽️ pic.twitter.com/Q9VR1llOpj

Heskey’s goal record was criticised during his latter seasons, but a return of 110 goals in the Premier League, five major trophies, and 62 caps for England are achievements that deserve a little more respect than he often receives.

Sadio Mane is the second-highest scoring Premier League player without a penalty among his total, having scored 111 league goals across spells with Southampton and Liverpool.

Mane made a fine impact during two seasons on the South Coast, including setting a new Premier League record for the division’s fastest-ever hat-trick after netting three goals against Aston Villa inside just two minutes and 56 seconds.

The Senegal international has since developed into one of world football’s finest at Anfield, arriving as the first major signing of the Jurgen Klopp era and playing an instrumental role in the Reds’ recent triumphs.

He is the second-highest scoring African footballer in Premier League history, behind only Liverpool teammate Mohamed Salah.

Les Ferdinand leads the rankings, having scored 149 goals in the Premier League without a single penalty.

Ferdinand reached 20+ league goals on three occasions during spells with QPR and Newcastle, winning the PFA Player of the Year award after a brilliant campaign with the latter in 1995/96.

Ranked in at 11th among the Premier League’s all-time leading scorers, Ferdinand admitted to The Athletic his regret at not boosting his overall haul – and Golden Boot chances – by stepping up for spot-kicks,

“There are not many people that go back and look at that,” Ferdinand said on his record with no penalties scored.

“But, listen, I still think that taking penalties is an art. And I decided not to involve myself in that bit of art. I take my hat off to those boys who took them. You look at Matt Le Tissier’s record and it was phenomenal.

“To be honest with you, the truth is if I’d have said, ‘I want to take them’, I don’t think anyone would have stopped me. But then I had that (thought), ‘I’m going to go through my career without taking a penalty and see how many goals I’m going to score’. That’s what I thought back then. But do you know what? I regret it.”