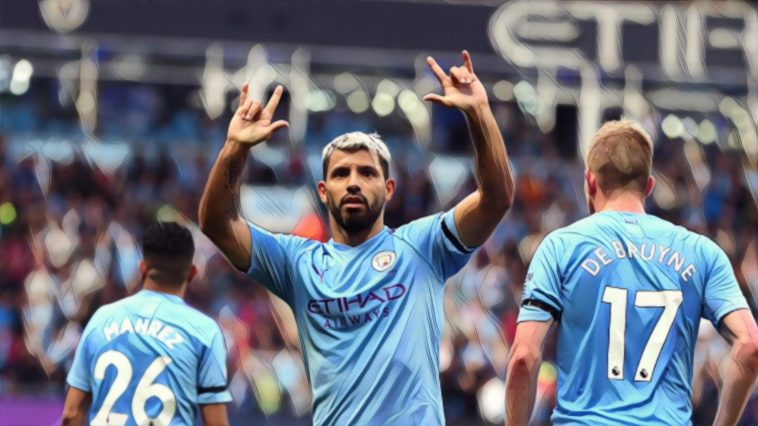 The Premier League season is now well underway and as the festive football schedule rapidly approaches, we’ve decided to delve into some of the best stats of the season so far.

It’s often said that if you don’t shoot, you won’t score and that has certainly been the attitude of these Premier League stars over the opening weeks of the new campaign. There may be some familiar faces in this feature, though there is also a surprising inclusion at the top of our list.

Here are the six Premier League players with the most shots so far this season:

The England captain has often adapted a shoot on sight policy, a tactic that has seen him acquire a phenomenal goalscoring record that now stands at 130 Premier League goals in just 187 appearances for Tottenham.

Kane has already registered five league goals despite Spurs‘ struggles so far, his tally coming from 27 shots at goal.

The two-time Golden Boot winner’s 17 league goals were his lowest tally since becoming a Spurs regular last season, though now back fully-fit he will hope to challenge for the accolade once again.

The Manchester City star has begun the new season in stunning form for both club and country, as he continues his ascent into the upper echelons of world football’s finest talents.

The reigning Football Writer’s Footballer of the Year is likely to once again be amongst the contenders for English football’s highest individual accolades, should he maintain the form which has seen him score six Premier League goals for the season already.

Key to that goalscoring output has been his willingness to shoot on sight, taking 28 efforts on goal so far.

Five players who smashed it on Champions League matchday 3

Often understated in his brilliance, Firmino is the man who makes the Liverpool forward line tick, even if the plaudits are often given to his more prolific teammates Sadio Mane and Mohamed Salah.

The Brazilian international’s goal record – his best Premier League tally being 15 – is perhaps the only criticism of his all-round game, though it is certainly not for a lack of trying in the opening weeks of the new campaign.

The 28-year-old has fired 28 shots on goal so far, a return which has yielded three Premier League goals.

Unsurprisingly featuring level at the top of this list is Manchester City’s prolific Argentine, who currently also sits joint top of the standings for the Golden Boot with eight league goals to his name so far.

Aguero is bidding to become the first player in Premier League history to score 20+ goals in six consecutive seasons, and looks well on course following a strong start to the campaign.

The 31-year-old’s eight goals have come from 30 shots, with his penalty box prowess evident with just four efforts coming from outside of the box.

Level with Aguero at the top of this list is the man currently level with the Manchester City star as the division’s leading scorer, Chelsea forward Tammy Abraham has enjoyed a breakthrough season in the Premier League since being handed his opportunity under Frank Lampard.

The 22-year-old has thrived in Lampard’s new-look side, scoring eight times including a first top tier hat-trick against Wolves in September.

Remarkably the pairs stats are eerily similar, with Abraham also having taken only four of his 30 shots from outside of the penalty area.

Surprisingly matching the division’s sharp-shooters is Aston Villa midfielder John McGinn, who alongside Jack Grealish has arguably been the star since their promotion back to the Premier League.

McGinn’s attacking output has seen him fire more shots at goal than the likes of Mohamed Salah, Harry Kane and Pierre-Emerick Aubameyang, his willingness to try his luck having paid off in the opening weeks of the campaign.

The Scotland international has scored three times for Dean Smith’s side already this season, and his creative ability and eye for goal are likely to place a crucial role in the club’s battle to retain their top flight status.