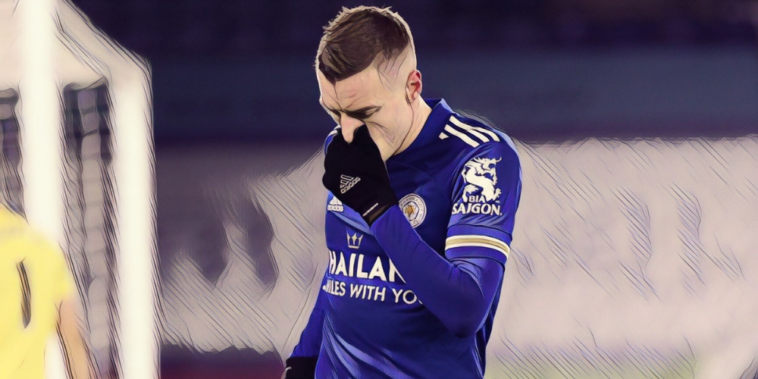 English football’s top tier is often regarded as the most demanding major league in world football, and the current campaign has arguably been the most gruelling in its history.

The impact of the ongoing pandemic has led to an unprecedented period of congestion in the Premier League, the fixtures coming thick and fast in a relentless campaign that is now fast approaching its conclusion.

Maintaining a high level of performance throughout the season is hugely challenging, with several stars having struggled for continued success following bright starts to the 2020/21 campaign.

Here are five players whose influence has waned as the season has gone on:

It perhaps appears unfair to single out Mohamed Salah given the wealth of poor performances at Liverpool in recent months, with the forward remaining the Premier League’s leading scorer and outperforming teammates Sadio Mane and Roberto Firmino.

There has, however, been a stark drop-off in the Egyptian’s goalscoring output over the second half of the season, having opened the campaign with a hat-trick against Leeds before a prolific run in front of goal.

Salah scored 13 league goals in his first 13 appearances of the Premier League season, but has managed just four in the 14 since as Liverpool have dropped alarmingly from title contention to eighth.

Liverpool’s injury problems have played a huge part in their collapse this season, but their performances have been far from the standard expected including losing a staggering six consecutive fixtures on home soil following last weekend’s defeat to Fulham at Anfield.

Salah’s drop in influence has been a major factor in their winless run with the Reds having failed to score in five of those defeats, their only goal coming via Salah and from the penalty spot in a 4-1 home humbling to Manchester City.

The champion’s fabled front three have looked a shadow of their former selves for much of the past three months and Jurgen Klopp will need a response from his leading goal threat if Liverpool are to keep their faint hopes of securing Champions League football alive.

Another player who enjoyed a blistering start to the campaign before hitting a difficult period in front of goal, Jamie Vardy maintained his momentum from last season’s Golden Boot win with an opening day brace against West Brom.

Vardy netted a hat-trick two games later as Leicester secured a statement victory at Manchester City, with Brendan Rodgers’ side responding brilliantly to the disappointment of missing out on Champions League football last term.

After falling just short last season, Leicester emerged as top four contenders once more with Vardy at the forefront of their form, scoring 11 goals in his first 13 league appearances of the 2020/21 campaign.

The 34-year-old was hindered with a groin issues however, a problem the Foxes looked to solve as the forward underwent surgery to correct the issue following the turn of the New Year.

Since returning to the first-team following a three-game absence, Vardy has struggled to find his best form and has now scored just once in his past 11 league appearances in a concerning run of form.

Leicester remain third and in pursuit of Champions League qualification once more but will need their talisman to find his shooting boots if they are to stay ahead of the chasing pack.

Southampton’s season has nosedived following a bright start to the campaign under Ralph Hasenhuttl, briefly topping the Premier League for the first time in their history following a strong run of results in November.

The Saints have lost eight of their past 10 league fixtures including an embarrassing 9-0 thrashing at Manchester United, a goal drought for leading scorer Danny Ings having not helped their bid to turn things around.

Ings enjoyed the best season of his career last term to finish as runner-up for the Premier League’s Golden Boot, but the forward has endured a stop-start campaign this term following a bright opening as he looked to continue his momentum.

Ings returned to the England fold in September and scored his first international goal against Wales the following month, but his hopes of making the squad for this summer’s European Championships have been hindered by his second half of the season slump.

The forward limped off during the Saints’ win at Sheffield United last weekend with a groin injury and he will hope he is not facing another extended spell on the sidelines.

Rewind to the early weeks of the season and a certain summer signing had brought the feel-good factor to Everton, James Rodriguez having made a brilliant start to his career with the club following his hugely anticipated move from Real Madrid.

Rodriguez’s career had stagnated during a spell on the periphery in the Spanish capital, spending two seasons on loan at Bayern Munich before returning to the Bernabeu bench in 2019/20.

Handed an opportunity to reunite with former Real boss Ancelotti on Merseyside, the deal split opinion and was viewed as both a coup and a risk for the Toffees, though his early impact made the Colombia international swiftly look like a bargain.

Rodriguez was excellent on debut in the win at Tottenham, before starring in home thrashings of both West Brom and Brighton as Everton made a superb start to the new season.

The 30-year-old scored three goals and provided three assists in his first five league games, with his creative quality adding a new dimension to the Everton side as he drifted infield from a position on the right.

Rodriguez has failed to maintain those levels in recent months however, and has seen his season hampered by a series of niggles including a calf injury that ruled him out for four matches in December.

The summer signing has also missed the Toffees’ past three fixtures with a minor problem and the star turn of the club’s early season form has played only a minimal part in their recent top four challenge.

Ancelotti will be hoping he can once again coax the best from a fine talent ahead of the run-in as he bids to bring European football to Goodison Park next season.

Eric Dier had struggled to cement himself as an automatic starter for Tottenham in recent campaigns and the defender made a decision that he wanted to play solely as a centre-back ahead of the 2020/21 season.

Dier had played in a variety of roles including in midfield and at full-back, though after discussions with Jose Mourinho it was decided his long-term future lay at the heart of the defence.

The decision appeared vindicated as the England international excelled during Spurs’ strong start, the north London side sitting top of the division in mid-December with Dier forming a fine partnership with Toby Alderweireld at centre-back.

Dier’s form saw him enjoy arguably the most consistent period of his career and strengthen his hopes of earning inclusion with England, though his fortunes have dropped markedly with the 27-year-old currently outcast at the Tottenham Hotspur Stadium.

Dier’s performances became increasingly erratic as Spurs endured a slump in form in January, with Mourinho dropping him from the side and admitting publicly his belief the star was suffering from a ‘crisis in confidence’ following a number of high-profile mistakes.

Spurs have won four of their past six fixture with Dier having been an unused substitute in each win, the two defeats during that same period tellingly coming when the centre-back was included in the starting side.

Dier now faces a fight to win back his place with Davinson Sanchez having come in alongside Alderweireld, his hopes of making England’s Euro 2021 squad in huge jeopardy.