Jurgen Klopp has insisted that Liverpool have to splash the cash if they are to keep up with their fellow rivals in the Premier League and around Europe.

Klopp ended his final hoodoo earlier this month, steering Liverpool to their sixth European Cup triumph with a 2-0 win over Spurs.

That final in Madrid came three weeks after the climax of one of the most fascinating title battles of all time, with the Reds narrowly missing out on their first ever Premier League title to Man City despite amassing an impressive 97 points, losing just one game.

Klopp has previously ridiculed clubs like Manchester United for splashing out world record sums on the likes of Paul Pogba, and while the German says his views have not changed about the amount of money in football, he does accept that the Reds must continue to invest in their squad to keep up with their rivals. 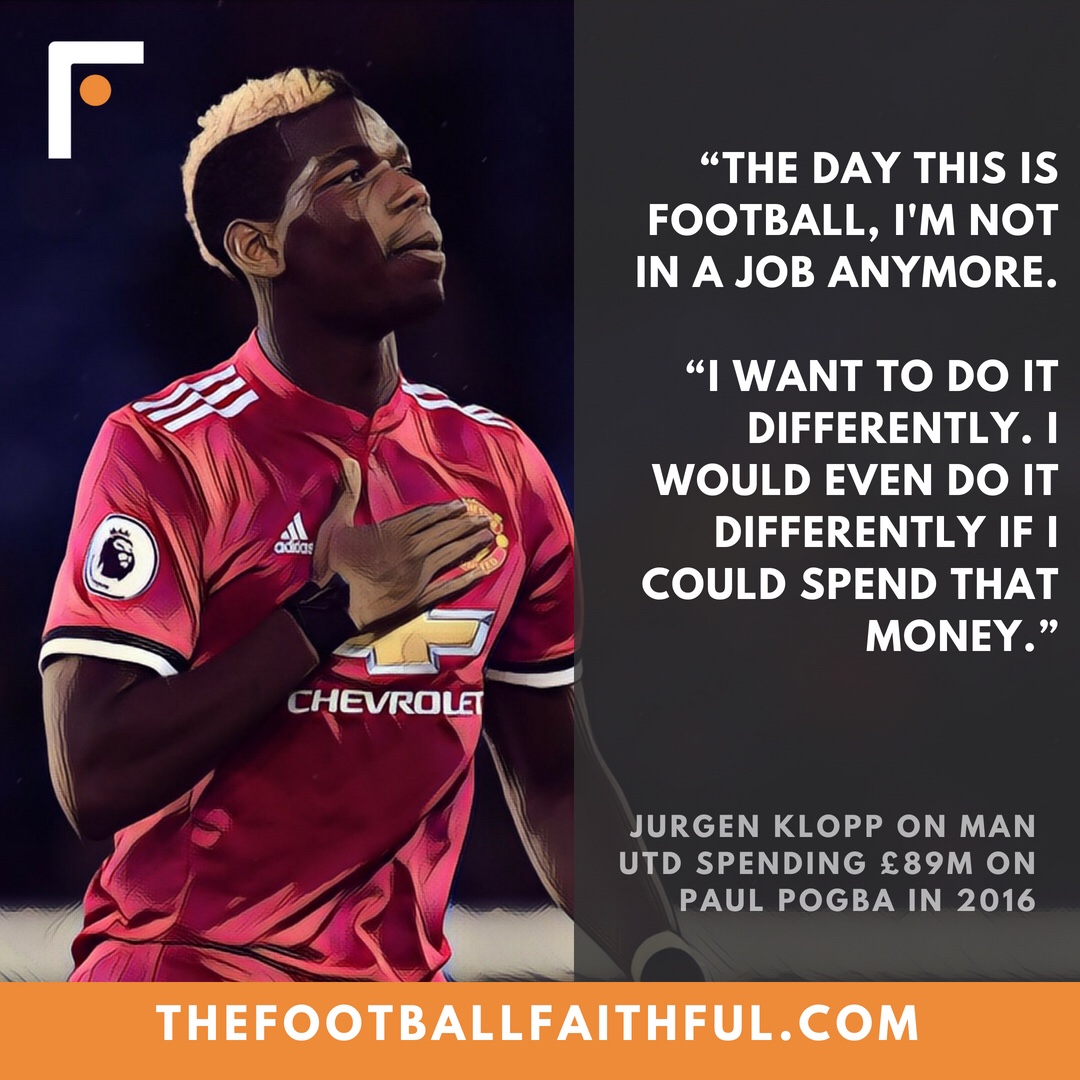 “Back when I was in Germany, Bayern had a bottomless pit of money, like £100m,” Klopp told ZDF.

“In today’s market, that gets you one centre-back. So this bottomless pit of money is enough to buy one player in today’s world and that doesn’t even cover their wages.

“The market has changed more than I expected, but I stand by what I said.

“Maybe things were lost in translation but my point was, if we reach a point where football is solely about money and not football, then I’m leaving; and I still feel the same way about it.

“Liverpool is an ambitious club and if we didn’t spend the same amount of money as others, we wouldn’t be able to compete. Everybody’s splashing the cash, so we have to do the same.”