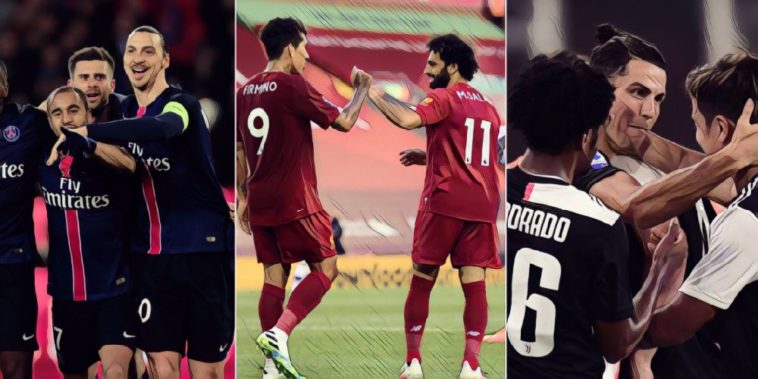 Liverpool’s drought-breaking title triumph has been secured with a record number of games to spare, the club securing a maiden Premier League title and first top flight crown for three decades in stunning style.

No English side has ever won the title with more games of the season to spare, but how do Jurgen Klopp’s newly-crowned champions compare to the greatest sides on the continent?

Here are the earliest title wins in each of Europe’s top five leagues:

Spanish football’s top two have largely dominated La Liga with Real Madrid and Barcelona having shared an incredible 59 league titles between them, so it is perhaps no surprise to see the two sporting giants share the record for earliest title win.

Real Madrid’s legendary side of the sixties – which won eight La Liga crowns in just ten seasons – was the first to set the current record of five games to spare during the 1960/61 season, before equalling that landmark just two seasons later.

Los Blancos achieved the feat for a third time during the 1974/75 campaign, remarkably just the season after a Johan Cruyff-inspired Barcelona had sealed the Spanish title with a joint-record five games remaining.

The earliest victory in Italy’s Serie A also stands at five games remaining, a record once again shared between one of the country’s greatest rivalries.

Roberto Mancini’s Inter Milan were the first to achieve the feat during the 2006/07 campaign, a side bolstered by the summer signings of Zlatan Ibrahimovic and Patrick Vieira winning a record 17 consecutive league fixtures as they went on to collect a staggering 97 points.

Inter’s success came after the relegation of Juventus and penalisations of Milan and Fiorentina amid the Calciopoli scandal, the Nerazzurri comfortably the best in the division and finishing 22 points clear of nearest challengers Roma.

Inter’s success was matched by fierce rivals Juventus during the 2018/19 season, the Turin side backed by the goals of Cristiano Ronaldo and securing an eighth successive Serie A title with five games to spare.

Liverpool‘s record-breaking run to a maiden Premier League title set a new landmark for English football, with no side having ever secured the top flight title with more games to spare.

Jurgen Klopp’s side enjoyed the best start to a season in the history of Europe’s top five leagues, the Reds having dropped points in just three fixtures on their way to a drought-breaking championship.

The club’s success saw them win a joint-record 18 consecutive league fixtures and has seen them open up a 23-point advantage at the top of the Premier League, with a whole host of divisional records now within their sights including most wins and most points.

Liverpool need 15 points from their final seven fixtures to eclipse Manchester City’s fabled landmark of 100 points from the 2017/18 campaign, the two sides having set unprecedented standards for consistency over the past three seasons.

The undisputed kings of German football, Bayern Munich have embarked on a period of unbreakable domestic dominance over the past decade, winning eight consecutive Bundesliga titles after once again being crowned as champions this season.

Bayern’s relentless run of success included a historic treble-winning season during the 2012/13 campaign, though it was the following season that saw the Bavarian giants reclaim their crown in record-breaking fashion.

Pep Guardiola’s debut season at the Allianz Arena saw the club finish 19 points clear of nearest challengers Borussia Dortmund, becoming the first in Europe’s top five divisions to win the title with seven games to spare, while they remained unbeaten until the championship had been secured.

Paris Saint-Germain hold the record for the earliest ever title win amongst Europe’s major leagues, the capital club having dominated French football since their billionaire investment nine years ago.

Since then the Parisians have won seven of the nine Ligue 1 titles available, including a record-breaking success under the guidance of Laurent Blanc in 2015/16.

Zlatan Ibrahimovic finished the season with 50 goals in all competitions as PSG racked up over a century of league goals for the campaign, the newly-crowned champions boasting a barely believable 31-point advantage over runners-up Lyon at the season’s end.

The title was secured with a mammoth eight games remaining, the side completing a clean sweep of France’s domestic honours after also adding the Coupe de France, Coupe de la Ligue and Trophée des Champions to their ever-growing collection of silverware.