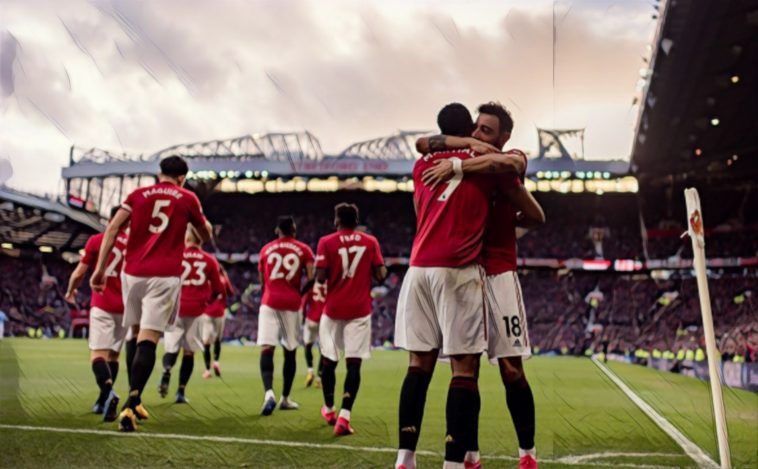 Presenting some of the standout statistics from gameweek 29 of Premier League action, featuring the Manchester Derby, Liverpool’s invincibility at Anfield, Jose Mourinho’s problems at Spurs, Roy Hodgson working magic at Crystal Palace, and Arsenal on the road to recovery.

For much of the past twelve months, Ole Gunnar Solskjaer has been given pelters as the Manchester United manager. Even anyone who has been in his corner would say he’s not exactly a world class coach – but has he been underestimated?

Having taken over as caretaker last season with just his time at Molde FK and a failed stint at Cardiff City to his name, it’s fair that no one should have expected much from the Norwegian, even after a stupendous run of form when he initially took over. But his United side continually show up in the big games, as evidenced by the Sunday’s 2-0 win over Manchester City.

It was the third time this season that United have beaten their cross-town rivals, and the first time they have done the double over them in the league since the 2009-10 campaign. They also enhanced their impressive record against the ‘big six’ this season, which reads thusly: five wins, two draws and two defeats.

That means Solskjaer is only the third manager to do a league double over Pep Guardiola and the second after Jurgen Klopp (2017-18) to best the Catalan three times in a season. That is an insane statistic when you consider he wasn’t even expected to last this long in charge of the club for which he once played.

Solskjaer is by no means in the same bracket as those two men, and likely never will be, but with the team currently enjoying a ten match unbeaten run (seven wins, three draws), he has done something that seemed fantastical just a few months ago: he has turned United into a consistent team and, on the face of it at least, a seemingly stable club. There is so much more work to be done to make the Red Devils a truly great club again, but the current boss has steadied the ship and plotted a course they can follow to a place of normality, if nothing else.

On the flip side, this is turning into one of Guardiola’s most disappointing seasons. As my colleague Anthony Kelly wrote this week, City “were ponderous in possession as they failed to break through United’s deep lines”, leading them to their seventh league defeat of the season. That is the first time that has happened to Guardiola, and it is also more defeats than Arsenal have incurred.

Premier League team of the week for GW29

Reds back on the mend

Liverpool bounced back from a tough couple of weeks to win 2-1 at home to Bournemouth on Saturday, extending their winning run at Anfield to 22 league matches, which is the longest in English top flight history. They have also gone 55 home games without defeat on home soil, which is the second longest behind Chelsea’s streak of 86 matches between 2004 and 2008 – which was ended by Liverpool, funnily enough.

That win and Man City’s defeat means Liverpool can win the title as early as next week – at Goodison Park of all places. Even if it doesn’t happen on Monday, they will almost certainly achieve the earliest title win in Premier League history, beating Man United’s clinching of the league on 22 April in 1999/2000 by a wide margin.

The Reds, who have now claimed more wins than the Invincibles did in 2003/04, could reach 109 points should they win all nine of their nine remaining games this season, which would break the record of 100 points currently held by Man City’s 2017/18 side. So despite losing the chance to go the entire season unbeaten and win the Treble in the past few weeks, they are still on course to have an historic season regardless.

It’s been a tough auld season for Spurs fans. It started out with Tottenham performing like a bottom-half team for the first few months of the campaign, before their beloved manager was sacked. That was followed up with the appointment of Jose Mourinho, who was able to instigate an upturn in results and defensive cohesiveness, but another slump coupled with dour football has ensured the supporters’ hopes have been demolished as soundly as the old White Hart Lane.

Mourinho has naturally become a focal point for criticism, especially after playing a back five of centre-backs against the mighty Burnley, and his record compared with Tim Sherwood’s over the same amount of games makes for ugly reading:

There are parallels with that Spurs team and this one – a side at the end of a cycle in need of a rebuild – but Tactics Tim didn’t inherit the same problems that the Portuguese manager has in recent months. Losing both Harry Kane and Heung-min Son to injury at the same time is the height of misfortune, the position of goalkeeper has been a problem, and Tanguy Ndombele is clearly suffering with an underlying injury that is deeply affecting his performances.

Mourinho has used these problems to control the narrative, that he has handcuffed to these methods because of the card he has been dealt. This is classic Jose, and he has managed to convince many a Spurs fan that this is the case, deflecting the criticism of his tactics in the process.

However, it should be noted that, while Mourinho is being his usual manipulative self, there is a kernel of truth to his many excuses. This Tottenham team is a tactical quandary and it’s not clear what the solution is. This group of players are unable to press like they did under Mauricio Pochettino anymore, but they have also become too easy to play through in midfield.

The Lilywhites have kept just two clean sheets in 13 home games since Mourinho took over, and a path to the Champions League looks blocked off. On the plus side, Dele Alli became the seventh SPurs player to score 50 Premier League goals with his equaliser from the spot in the 1-1 draw with the Clarets at the weekend. Whatever way the team lines up next season, he will have to be central to it.

Crystal Palace earned their third win in a row on Saturday, the first time they have achieved that all season – something Man United haven’t been able to do in 2019/20 as of yet.

The win means that Roy Hodgson, who signed a one-year contract extension just this week, now has the ninth best managerial record in the top flight since his hiring. Out of 101 games in charge, the Croydon native has won 35, drawn 27 and lost 39, which amounts to 132 points from a possible 303.

The Premier League’s oldest ever manager could be considered something of a warlock, given the sorcery he has worked on a side that struggled for consistency before his arrival. Lest we forget when he arrived at Selhurst Park in 2017 the Eagles had lost their first four matches of the season without scoring a single goal. No wonder they want to keep ahold of him.

Arsenal under the radar

Arsenal extended their unbeaten run in the Premier League to eight games (four wins and four draws) following a 1-0 victory over West Ham United at the weekend, which is the current longest streak in the first tier – watch out, Liverpool.

One of the main reasons for their upturn in form is a newfound defensive solidity under new manager Mikel Arteta, who targeted that area specifically when he arrived back in North London in December, even if it was to the detriment of their attacking game. They have now kept three clean sheets in their last four league games, which is as many as they kept in the previous 23.

The winner was scored by substitute Alexandre Lacazette, the 16th time one of Arsenal’s goals has come from a sub since the beginning of last season – the most of any team in the league. The Frenchman is the highest-scoring sub in that period with four.

As for West Ham, they can probably count themselves slightly unlucky they got nothing out of the game. They outshot the Gunners by 14 to 9, six of those being on target as opposed to the Gunners’ two, and had the better chances. The Hammers have now lost their last six away games in the league, while David Moyes has never managed to win at Arsenal in 16 attempts, which is a Premier League record.

Read: Tino Asprilla could win a game on his own – when he felt like

See Also: How Sky ushered in a new era for Premier League football