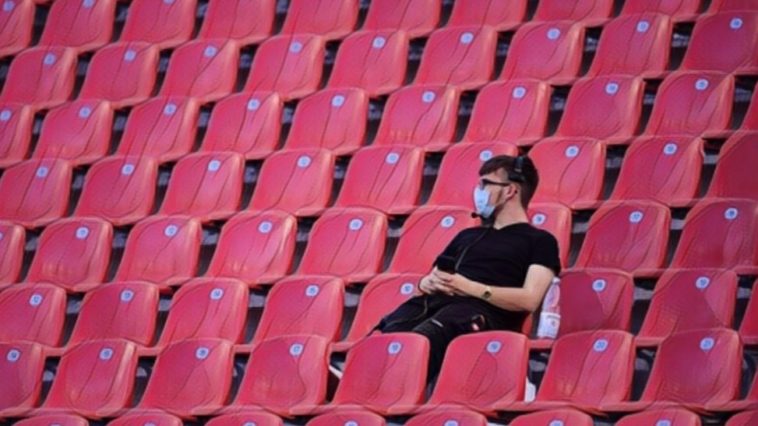 The Premier League and EFL have made fresh calls for the government to allow football fans to safely return to stadiums.

Crowds have been absent from elite level football since the outbreak of the coronavirus pandemic earlier this year with football returning behind-closed-doors following an initial three-month hiatus from the sport.

The loss of supporters has had a huge impact on the finances of clubs in English football, particularly those further down the footballing pyramid and calls have now been made for the government to reconsider the possibility of a staged return for supporters.

Premier League chief executive, Richard Masters, has headed an open letter to the government asking for consistency when it comes to the opening up of events, with major arts and music venues having been informed they can run socially-distanced events indoors amongst the latest guidelines.

Whilst Masters – alongside officials from the EFL, FA and Women’s Game – has described that move as ‘positive progress’ towards returning to normality, he has questioned why football remains without fans given its ability to safely regulate games in an outdoor environment.

Masters has said the authorities will work closely with health experts as they bid to find a safe way for supporters to return to stadiums across the country, with safety measures potentially including ‘screening spectators before they enter the ground, installing temperature checks, requiring masks to be worn, one-way systems and providing a code of conduct for all those attending on a matchday’.

The letter says officials ‘are determined to identify a path forward with Government’ and will continue to ‘urge’ the relevant authorities to sanction further test event programmes, with the return of supporters benefitting the sport, society and the economy.

The EFL have also pushed towards a return for supporters by pushing out a petition to the government, one which has already soared past the 100,000 signatures needed for it to be debated in parliament.

The initial government plans included the prospect of fans returning at a limited capacity from October 1, but a rise in coronavirus cases saw those tentative plans postponed with no fixed date for a return.

Leading figures from the Football League have already spoken of the perilous situation many clubs find themselves in financially following the loss of matchday revenue, the impact of Covid-19 potentially disastrous to the football pyramid.

Despite one again spending heavily in the summer transfer window the impact is also being felt heavily at Premier League sides, with Manchester United reportedly losing £5m per game played behind-closed-doors.