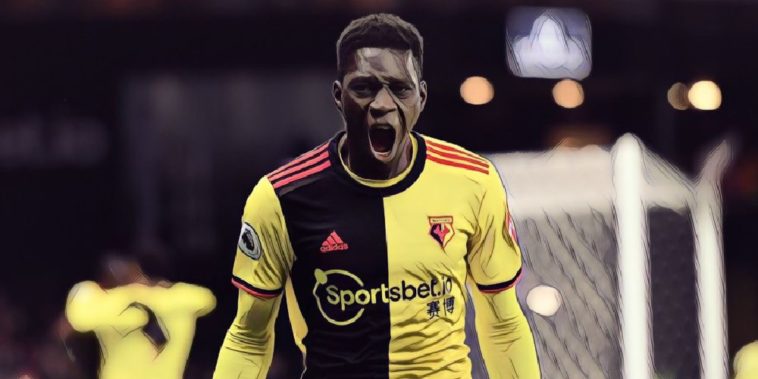 Premier League clubs frantically scrambled to secure late signings before the closure of the transfer window this week, but top flight sides have another opportunity to strengthen their squads with a domestic window remaining open for another fortnight.

Deals between Premier League clubs are not permitted but a dip into the lower leagues offers potential, with a host of Football League talents have gained attention from England’s top tier.

We’ve decided to profile some of the best Championship players who could yet be on the move this summer, here are six quality players who can still be snapped up by Premier League sides:

It’s been a long road back to full fitness for David Brooks, the youngster having endured a nightmare run with injury after bursting onto the scene with Bournemouth two years ago.

The Welshman was signed from Sheffield United and made an immediate impact in the Premier League, being named on the shortlist for the PFA Young Player of the Year after scoring seven goals and providing a further five assists for the Cherries.

That haul saw him become one of just six players aged 21 or under – alongside names such as Trent Alexander-Arnold, Marcus Rashford, James Maddison, Richarlison and Diogo Jota – to register double figures for goal involvements during the 2018/19 campaign, with his creative displays seeing the midfielder linked with a host of the division’s leading clubs.

His progress was hindered by ankle problems that needed two operations and saw him miss virtually the entirety of Bournemouth’s relegation season last term, but having returned to full fitness will now look to re-establish himself as one of Wales’ bright hopes.

Brooks is a fine player who ghosts into dangerous areas to create chances for his teammates and has reportedly been on the radar of Manchester United and former side Sheffield United, each considering a move for a player bursting with potential.

His signing may prove a gamble given his recent record with injuries, but it may be one a Premier League side is willing to take before the window closes.

The storylines that defined this summer’s transfer window: Sancho, Messi and spending bonanzas

Amongst the stand-out stars in the Championship at present, Said Benrahma has lit up the second tier since signing for Brentford from Nice two years ago.

The Algeria international is box-office viewing with his mix of showmanship and sublime skills, with the likes of Crystal Palace, Fulham and Aston Villa just a few of the clubs reportedly interested in his services.

And that is why Premier League clubs are tracking Saïd Benrahma 😲pic.twitter.com/5AXw2WCzzK

Brentford are unlikely to part with their prized asset easily but have shown they will not stand in the way of leading talent moving on, the Bees reportedly holding out for a fee in excess of £20m for the mercurial wide man.

Benrahma has provided 50 goal involvements in just 71 league starts since moving to English football and seems tailor-made for the step up a division, his creative class likely to be a huge asset to any top-flight side who secures his signing before the domestic deadline.

Linked with some of the Premier League’s leading sides in Liverpool and Manchester United this summer, it has come as a surprise to many that Ismaila Sarr remains a Watford player at present.

The Senegalese speedster impressed during his debut season in English football despite the Hornets’ relegation to the second tier, scoring five league goals and providing a further four assists after signing from Rennes.

Sarr’s remains a raw talent but has the attributes to flourish into a league leading winger, his blistering pace and dangerous dribbling marking him out as a difficult proposition for opposition full-backs.

Manchester United have reportedly seen a loan deal rejected by Watford who would rather a permanent transfer, but further interest could yet arrive from Old Trafford with Ole Gunnar Solskjaer desperate to secure a right-sided attacker.

Signed for a club-record fee last summer, it is unlikely he will be allowed to leave for less than £30m.

Amongst the bright sparks of an otherwise disappointing top-flight return for Norwich last season, Todd Cantwell proved he has the talent and youthful exuberance to flourish at Premier League level.

Cantwell was far from a star of the Canaries’ promotion-winning campaign but enjoyed a breakout season following their Premier League return, scoring six league goals including strikes against the likes of Chelsea, Manchester City and Arsenal.

Comfortable on either flank or in an attacking central role, the England U21 international is a player capable of linking the midfield and attack, timing his runs forward and getting himself into dangerous positions.

Liverpool were linked earlier in the summer and both Leeds and Fulham have been reported as huge admirers of the player, who has been left out of Norwich’s past two matchday squads amid speculation of a move.

Manager Daniel Farke has said he will ‘hope and pray’ there are no calls for the midfielder before the deadline, Norwich eyeing an instant return to the proverbial ‘Promised Land’ this season.

Whilst many of the names featured are youthful stars seeking an opportunity in the big time, our latest offering is a player well experienced in the rigours of the Premier League.

Troy Deeney has been a talismanic figure for Watford over the past decade but there are strong rumours the club captain could depart before the domestic deadline, the 32-year-old keen to remain at the highest level following the Hornets’ relegation.

Deeney has racked up over a century of goals for Watford and would represent a short-term solution to any side seeking additional firepower, bringing leadership and a physical presence to the forward line.

West Bromwich Albion have been linked as they seek to increase their goal threat following promotion, though the Baggies’ top target is believed to be another Championship forward in Huddersfield’s Karlan Grant.

Deeney proved he still has what it takes at Premier League level with 10 goals in just 26 league starts last season, the third time he has reached double figures for league goals in the past five campaigns.

Every transfer deadline day deal in the Premier League

Josh King has continually been linked with the Premier League since Bournemouth’s relegation with a host of clubs having monitored the forward in recent months, the likes of Manchester United and Tottenham reportedly amongst his admirers earlier this year.

The Norwegian international has racked up 48 league goal for Bournemouth over the past five seasons and his ability to play across the forward line is likely to appeal to his suitors.

Cherries’ boss Jason Tindall has said he will not stand in the way of King returning to the top flight should the club receive a suitable offer for his services, calls expected in the coming days with the likes of Aston Villa and West Bromwich Albion understood to be interested.

Any fee for the forward is likely to be in excess of £15m, a reasonable figure for a player who has proven himself on the Premier League stage, King boasting an impressive record of 17 goals in just 48 caps at international level.