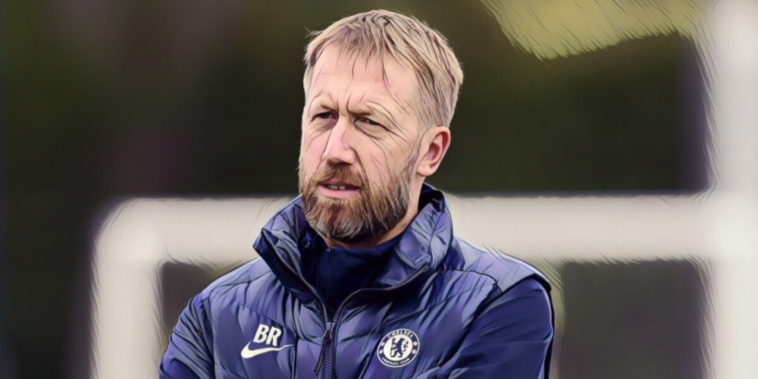 Graham Potter says he is wary of the threat Brentford will pose this week as he looks to maintain his strong start at Stamford Bridge.

Chelsea make the short trip to face Brentford on Wednesday evening as the club look to secure a sixth consecutive win in all competitions under the new manager. The west Londoners have failed to concede a goal in their last four, though Potter is wary of the threat Brentford will pose.

The Bees won 4-1 at Chelsea in one of the results of last season and ahead of the clash Potter has singled out manager Thomas Frank and forward Ivan Toney for praise.

“They’re really good at what they do. Thomas Frank has done a fantastic job with limited resources but they make the most of what have,” said Potter at his pre-match press conference.

“I rate him [Frank] very highly. I have followed his career in the UK, I knew him in Sweden. I like him as a person, we have the same thoughts around the game and life in general.

“[Ivan] Toney is as dangerous as anybody in the league on his day. They have a spirit and an understanding. They’re really well motivated and organised.

“Thomas knows the process, the Premier League, that some days won’t go your way or if you’re not quite there you can suffer. It’s how you respond, they wouldn’t be where they are now if they were unable to deal with that.”

“Naturally I’m not the most optimistic,” Potter said. “You can’t predict anything. It’s gone fantastic in terms of results but more than that, the feeling in the team is really positive, the way the group responded.

“It’s been less than six weeks, we’ve got a long way to go. It feels like six months sometimes.”