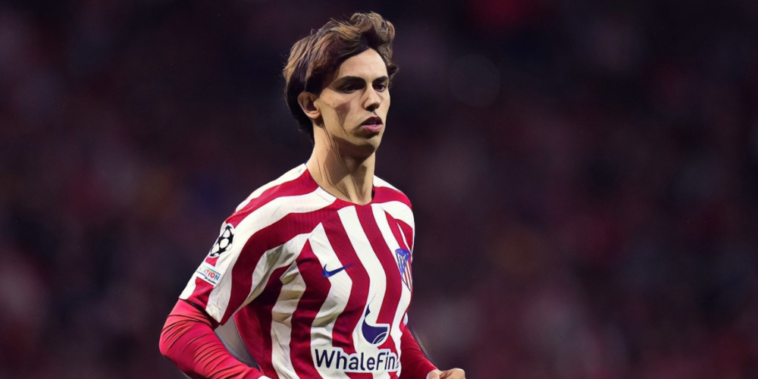 Graham Potter believes the addition of Joao Felix will give struggling Chelsea ‘a bit of a lift’ after the club completed the loan signing of the Atletico Madrid forward.

Felix has signed on loan for the remainder of the season after falling out of favour at Atletico and will improve Chelsea’s options in the final third.

The 23-year-old signed for Atletico in a club-record £113m deal in 2019, but has struggled to produce his best on a consistent basis under Diego Simeone.

Chelsea have now secured his services on a six-month loan deal, having agreed a loan fee of €11m with Atletico.

Potter is confident that the Portugal international can provide his struggling side with a boost, as Chelsea look to address a disappointing run of form that has seen the Blues win just one of their last eight games in all competitions.

The 47-year-old confirmed that Chelsea were awaiting approval for Felix to make his debut at Fulham on Thursday evening.

“He’s a quality player, he will make a difference in the final third of the pitch and I’m looking forward to working with him,” Potter told his pre-match press conference ahead of the trip to Craven Cottage.

“He’s young, but still has lots of good experience and it’s given us all a bit of a lift.

“I’ve been aware of the potential deal for a while but the injuries we’ve had maybe sharpened our focus on it, but it’s nice to get him here and he’s been training today, which is positive for us.

“We’re still waiting for confirmation to see if he will be able to play tomorrow.”