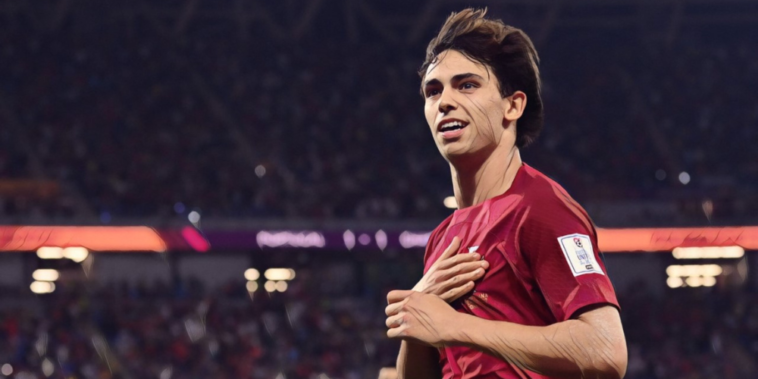 Chelsea have completed the signing of Joao Felix on loan from Atletico Madrid for the rest of the season.

The west Londoners have agreed to sign the forward on a six-month loan deal for a fee of €11m (£9.7m), with Felix having been keen to leave Atletico in search of more regular first-team football.

The 23-year-old had started just six league games this season after falling out of favour in the Spanish capital and has discussed his delight at completing a move to the Premier League.

“Chelsea is one of the great teams in the world and I hope to help the team reach their objectives, so I am very, very happy to be here and very excited to play at Stamford Bridge,” he told the club’s official website.

Felix’s arrival will boost Chelsea’s options in the final third, with Graham Potter’s side having scored just 20 goals in the Premier League so far this season.

The Portugal international signed for Atletico Madrid in a £113m club-record deal in 2019, following an exciting emergence at Benfica that saw him win the Primeira Liga title during his debut campaign in Lisbon.

He has since scored 34 goals in 131 appearances for Atletico, but has struggled for status under Diego Simeone’s management at the Wanda Metropolitano.

Felix formed part of the team that won the La Liga title in 2020/21 and was named as Atletico’s Player of the Season last term.

He impressed during Portugal’s World Cup campaign in Qatar, scoring once and providing two assists in four appearances.