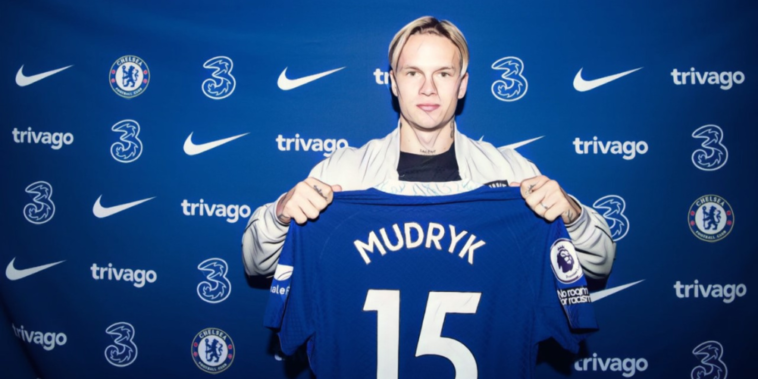 Graham Potter has suggested that Mykhaylo Mudryk could make his Chelsea debut in this weekend’s clash with Liverpool.

Chelsea travel to face Liverpool on Saturday lunchtime with both sides in need of a positive result.  Potter’s side are tenth in the Premier League table after a difficult start to the season, with Liverpool just one place above them after struggles of their own.

Chelsea have been boosted by an active January transfer window, one headlined by the £88m arrival of Mykhaylo Mudryk from Shakhtar Donetsk.

The winger has linked up with his new teammates for training this week and Potter believes the 22-year-old will prove to be an exciting player for Chelsea. Speaking at his pre-match press conference, he suggested there could be a debut for Mudryk at Anfield.

“He is a young and exciting player, we have to help him adapt to us and the Premier League. He hasn’t played so much football recently but has been training well, so we will have to assess him,” Potter said.

“There’s a chance [he could make his debut]. There is probably a role for him at some stage in the game.

“We’ve got to help him and everybody understand that he is coming from a different country and league and has to adapt. He is a young player who has a lot of potential and at the same time he has had good experiences already and he is an exciting player.

“He’s trained very well and is very happy to be here. He is looking forward to his career here and is excited to get started.”