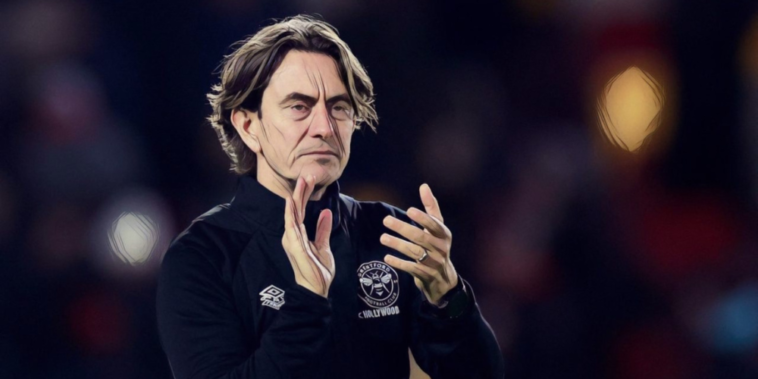 Mudryk was a transfer target for Brentford last summer after an exciting emergence at Shakhtar Donetsk, before the 22-year-old’s value rocketed following a series of explosive performances in the Champions League’s group stage this season.

Arsenal were also interested in a deal for the Ukraine international, before Chelsea hijacked the Gunners’ deal and completed a transfer that makes Mudryk the fifth-most expensive Premier League player of all time.

“I think that there is a lot of money around in the football world and especially in the Premier League,” Frank said at his pre-match press conference ahead of Brentford’s trip to Leeds.

“Looking from the outside, I think Mudryk is a really good player, but 100 million…that’s a lot for a player who is showing great, great signs of potential, probably needs to do a bit more, but maybe that’s just the price tag these days, which I think is insane.

"That's just the price tag these days which is insane"

Thomas Frank says new Chelsea player Mykhailo Mudryk is a really good player but believes it is a lot of money for potential 💰 pic.twitter.com/qxUM1Fn5aB

“They’ve bought Noni [Madueke] as well. I think they have enough wingers, but that’s their issue.”

Frank was asked whether he would spend such a sum on Mudryk if resources were available and suggested Chelsea’s investment represents a risk.

“I really hope I could say no [I would never spend so much], but there is a market out there and sometimes you need a player, because of a bidding war, the price goes up.

“What now looks like a very, very expensive player, even though he has huge potential, with his CV it is a lot of money, or maybe he is worth the money in two years time.”