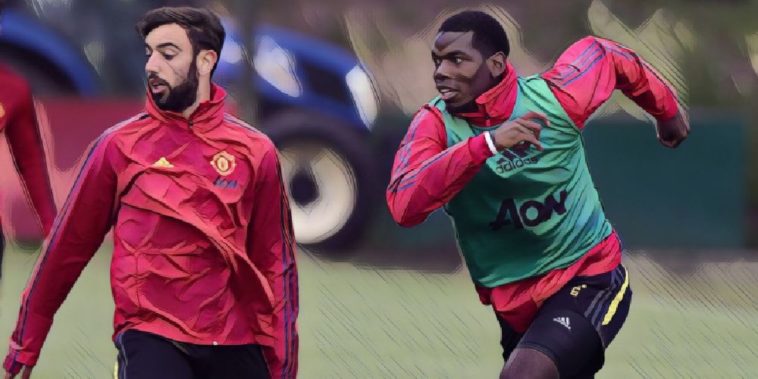 Pogba has endured a frustrating season with injury and has made just eight appearances in all competitions so far, though has now returned to full fitness and is in contention to feature ahead of the Premier League‘s restart later this month.

The absence of the France international has seen mid-season signing Fernandes assume the mantle of Manchester United‘s creator in chief, the former Sporting Lisbon captain having starred since his arrival at Old Trafford in the winter window.

The duo are yet to play alongside one another but could take to the field together for the first time when Ole Gunnar Solskjaer’s side face Tottenham on June 19, and Saha says Pogba is ‘super motivated’ ahead of his return to action.

“He’s one of the best players in the world. He had a tough season plagued by injuries. He came back very motivated, that’s what some of the players told me,” Saha told Stats Perform News, as per the MEN.

Getting down to business 💼#MUFC pic.twitter.com/RfTBqkxm30

“When I talk to him on the phone, he’s super motivated, so I really want to see not a new Pogba, but Pogba with support. I don’t think he was supported. Now he has Bruno Fernandes next to him, who’s another leader, another creator.”

Pogbas long-term future at United has long been a source of debate, with the World Cup winner having previously agitated for a move amid reported interest from Real Madrid and former side Juventus.

Saha admits that the 27-year-old is always likely to be subject of transfer speculation, but says the star now has a ‘better platform to improve and shut down the critics’ ahead of his hugely anticipated return.

“The season is almost over and with the transfer market, his name will probably be in the box,” Saha added. “But he’s very motivated, he’s incredibly talented, he already proved himself, but now he has a better platform to improve and shut down the critics, sometimes justified.”