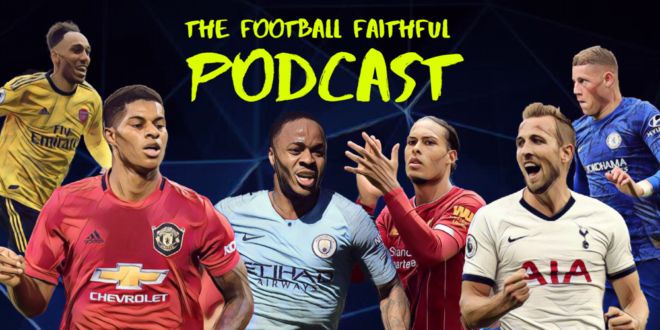 Podcast: A Psychopath Trying to Hide the Fact That He’s a Psychopath

As the podders begin to run out of things to say about winning machine that is Liverpool FC, luckily there’s plenty else to talk about with pretty much all the other clubs – especially when it comes to managers.

Man City seem to be back on track but there are questions regarding Pep’s future at the club. Arsenal are fluttering their eyelashes at Arteta but is he the kind of manager they need?

Everton had Big Dunc at the helm for a bit but was his old school approach and treatment of Moise Kean the reason he’s missed out on the permanent job? Ancelotti is in for the Toffees and the lads wonder how and why that happened.

There’s love for Jose as Spurs fan Karl embraces the Dark Side and after some good results for Man United in the past few weeks, those nagging questions are back.

There’s also the usual Quiz and an instant classic edition of PotW.