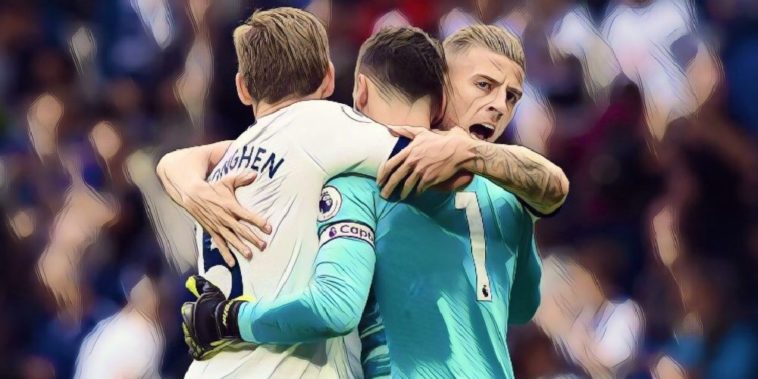 Mauricio Pochettino was pleased with the character Spurs showed in their 2-1 win over Southampton, despite having to play with 10 men for the best part of an hour.

The hosts opened the scoring in the 24th minute through summer signing Tanguy Ndombele, who netted his second goal for the club, though two yellow cards in the space of four minutes would see the temperamental Serge Aurier sent off with just 31 minutes on the clock.

Six minutes before the break, Danny Ings drew Southampton level, though the goal was more to do with a Hugo Lloris howler, the World Cup winner failing to clear the ball under pressure from the Saints striker who took his reward.

However, Harry Kane saved the blushes of the Spurs captain just four minutes later, before a superb second-half defensive performance secured a much needed three points for the North London outfit.

Hugo Lloris has now made nine errors leading to goals in the Premier League since the start of the 2016/17 season, only Asmir Begović has made more (10).

It goes from bad to worse for Spurs. 😬 pic.twitter.com/PZXFLmB0RK

Speaking after the game Pochettino said that he was ‘not surprised’ by the character of his side, with Southampton having had 72 per cent possession in the second half as they went in search of a second equaliser.

“To be honest I am not surprised by the character of the team,” the Argentine said in his post-match press conference.

“We always have that character. We have amazing players and we were playing in the Champions League final only a couple of months ago.”

“Don’t blame Hugo, blame me because I tell him to play in that way.”