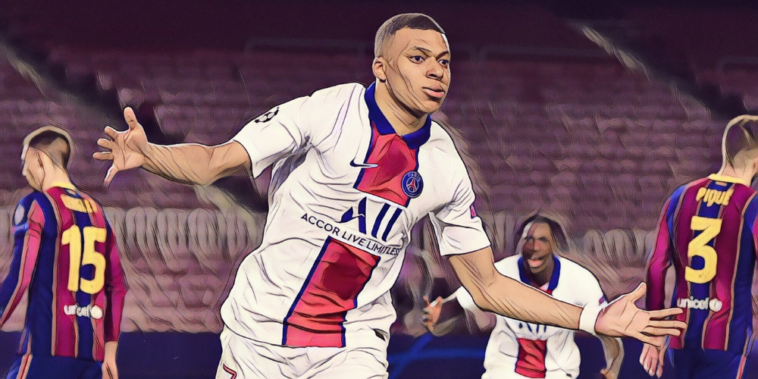 Mbappe has developed into one of world football’s most exciting talents since signing for PSG from Monaco, the forward having netted a staggering 106 goals in just 122 appearances since making the move to the Parc des Princes on a permanent basis.

The France international will be a key figure in the PSG side as they prepare to take on Manchester City in the semi-finals of the Champions League this week, though uncertainty continues to surround the future of both Mbappe and teammate Neymar with the French champions.

Both players will enter the final years of their respective contracts this summer and PSG face a major decision as their leading lights move towards the end of their current deals.

Mbappe has been linked with several of Europe’s elite in recent months and speaking to the Guardian ahead of PSG’s clash with City, Pochettino revealed the forward has asked the former Tottenham boss about the Premier League.

“He asks about England – how is the game, the mentality and the culture there? – and also Spain and Argentina. He will watch, every day, games from England, France, Italy, Germany.”

There has been more optimistic news on the prospect of Neymar signing an extension to his deal and Pochettino has praised the commitment and attitude of the world’s most expensive footballer.

“It’s so easy with Neymar because you don’t need to do too much,” Pochettino added.

“From day one, he’s been very open to work. He’s very humble, he listens and always accepts all the instructions in a very good way.”