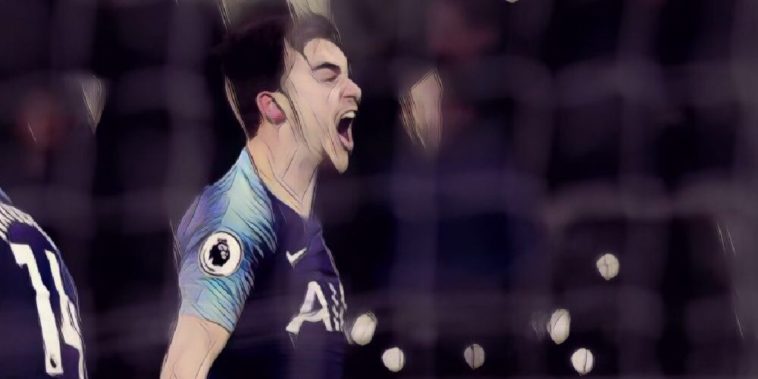 Mauricio Pochettino has described Spurs victory over Fulham as ‘unbelievable’ after they scored a 93rd-minute winner.

Despite being second from bottom of the Premier League, Fulham took the lead thanks to a Fernando Llorente own goal in the first half. Spurs did manage to pull themselves level in the second period though as Dele Alli scored a fine header after latching onto a sublime Christian Eriksen cross.

However, the North London club grabbed the victory with virtually the last kick of the game, with Harry Winks getting on the end of a Georges Kevin Nkoudou cross to move Tottenham four points clear of fourth-placed Chelsea.

Speaking after the game, Mauricio Pochettino admitted that sometimes, belief is more important than tactics or formations.

”It was an unbelievable finish. That’s why it is so important to believe,” Pochettino told the BBC.

“The action is brilliant from Harry Winks, to recover the ball from a difficult position, he believes to score and arrive in the box. It was an amazing cross from Nkoudou.

“Sometimes in football, it is not tactics or formation, you have to believe.

“Some injuries appear in a period with a more busy schedule and another opportunity opens the door for players not consistently in the starting XI or on the bench. It is great opportunity for different players to show quality.”

With Harry Kane injured and Heung-Min Son away on international duty, Spurs’ rotten luck continued when Dele Alli pulled his hamstring, leaving Pochettino sweating on the fitness of the England international.

“It is in the left hamstring, I hope it is not a massive problem, but we will need to assess.”