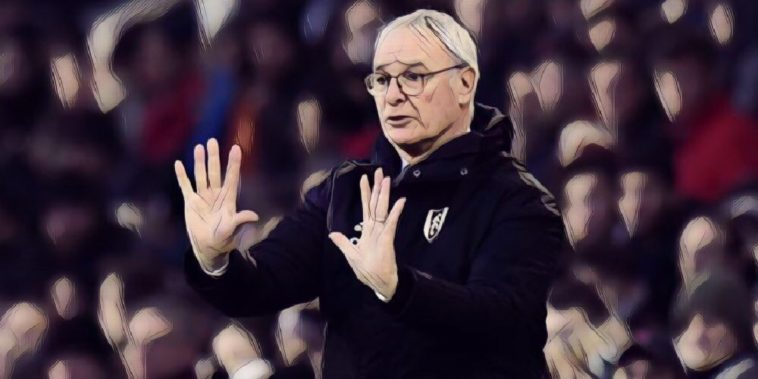 Claudio Ranieri has insisted that he and his Fulham side still believe that they can avoid dropping out of the Premier League despite the last gasp defeat to Spurs.

Fulham took a shock early lead thanks to a Fernando Llorente own goal, but were pegged back in the second half through a thunderous Dele Alli header, who latched onto a sublime Christian Eriksen cross.

While Fulham were probably deserving of a point, they fell asleep at the very last moment of the game, allowing Harry Winks to get onto a Georges Kevin Nkoudou cross, to leave Claudio Ranieri’s side seven points from safety.

However, speaking after the game, the Italian insisted that he still has confidence that he can steer the club away from relegation.

“It was a good match. The first half was fantastic for us. We scored, maybe there was a penalty too after our goal. The second half they tried to do their best but the two goals, we lack experience,” Ranieri told Sky Sports.

“With one minute at the end we have a free-kick and put it in the box, why? Take it to the corner.

“I think our fans are happy for their performance and we must continue this way. I am happy with Ryan Babel, he made a god first half and needs more time to be fit.

“I am confident and haven’t lost my confidence about the team. When I watch the players play, if we continue to fight in this way and everybody believes, we can survive.”