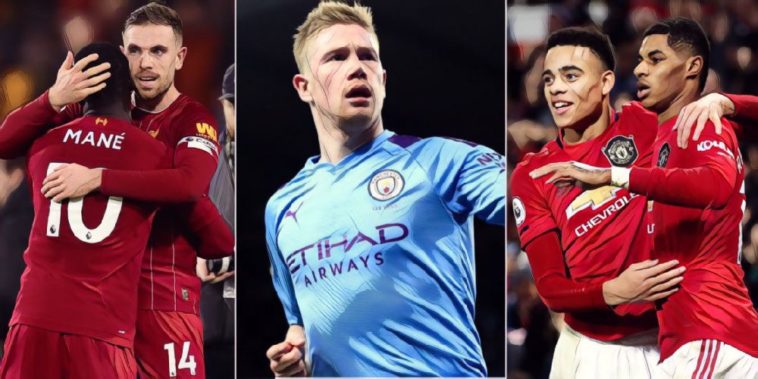 Jordan Henderson – recently crowned as the FWA Footballer of the Year – is one of three Reds’ players on the shortlist, the midfielder nominated alongside Liverpool teammates Sadio Mane and Trent Alexander-Arnold.

The trio will however face stiff competition from Manchester City‘s Kevin De Bruyne following a wonderful individual campaign; the Belgian equalling Thierry Henry’s long-standing record for most assists in a single Premier League season, in addition to his 13 goals from midfield.

An incredible season had by all ?

But only one can be the @EASPORTSFIFA Player of the Season!

The Young Player of the Year shortlist is headed by Alexander-Arnold, who is the only player to feature on both shortlists, with eight players nominated, though it is a Manchester United contingent who dominate the nominees.

Forwards Anthony Martial, Marcus Rashford and teenager Mason Greenwood are all included, whilst Red Devils goalkeeper Dean Henderson – who enjoyed a hugely impressive campaign on loan at Sheffield United – is also named amongst the potential winners.

Chelsea duo Christian Pulisic and Mason Mount are joined by Aston Villa captain Jack Grealish on the shortlist for the award which was last won by Raheem Sterling.

Meanwhile, Jurgen Klopp, Frank Lampard Brendan Rogers and Chris Wilder have been nominated for the manager of the year award.