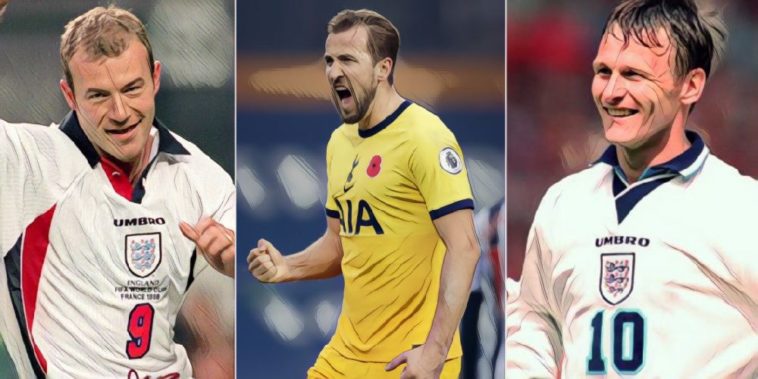 Les Ferdinand has praised Harry Kane following the forward’s 150th Premier League goal and has opened up on why the star somewhat of a hybrid of Alan Shearer and Teddy Sheringham.

Kane leapfrogged Ferdinand and moved into the Premier League‘s all-time top 10 leading scorers following his late winner at West Bromwich Albion before the international break, continuing his prolific record since coming through the academy ranks at Tottenham.

The 27-year-old has twice won the Premier League’s Golden Boot and has started the new season in excellent goalscoring form, with the England captain now third amongst Spurs‘ record goalscorers after reaching 200 goals in all competitions earlier this month.

Former Spurs striker Ferdinand was part of the north London side’s coaching staff when Kane was first handed his opportunity in the first-team and has recalled the moment the forward took his game to the next level, his desire to improve reaching new heights after returning from a loan spell at Leicester.

“I should say, first and foremost, congratulations to Harry for making it into that top 10, even though he’s kicked me out!” Ferdinand told the official Spurs website.

“People always ask me, ‘when did you see the change?’ and when Harry was on loan at Leicester (in 2012/13), he didn’t have the best time there, he came back, and something clicked.

“He’d be in early in the morning, working in the gym on his weights, back in there in the afternoon as well. He had the bit between his teeth and when we took over, he was champing at the bit to get into the team. We let him loose and he’s not turned back!

Kane has starred as arguably the best player in the Premier League so far this season and has scored seven goals in addition to a league-leading eight assists, with no player having ever managed more goal contributions after eight league fixtures.

Ferdinand has discussed Kane’s ability to both score goals and drop deeper into a more creative role, and believes the star’s style is a hybrid of former England internationals Shearer and Sheringham.

“The thing I used to say about Harry is that he had the shooting power of Alan Shearer, and the guile of Teddy Sheringham, in terms of being able to drop into that hole,” he continued.

“As he wasn’t the paciest, he made that position his own, and he knew when to drop into the midfield and pick the ball up for us. It was a great addition to the way he played. He developed that and turned more into a number nine.

Only Alan Shearer and Sergio Aguero reached the milestone quicker

“I remember Chrissie Hughton, when he was at Norwich, said to me, ‘he’s not a nine as in your type of nine, Les, and he’s not a 10 in a Teddy style of 10, so I call him a nine-and-a-half’. I always remember that!