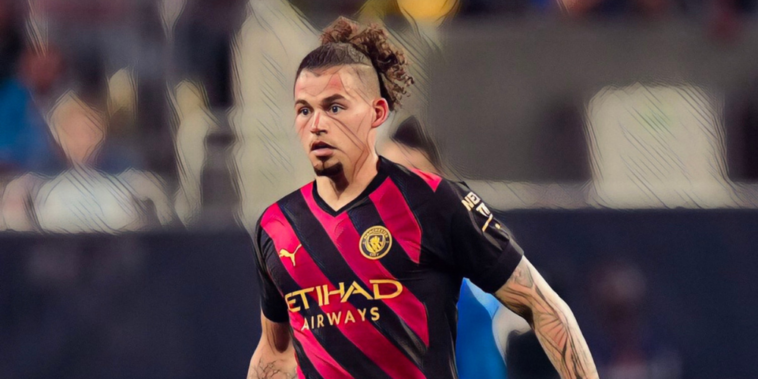 Kalvin Phillips has opened up on snubbing Manchester United and why his move to Manchester City is a ‘risk’ to his England opportunities.

Phillips signed for the Premier League champions for an initial fee of £42m earlier in the window, having been linked with a potential move to cross-town rivals United.

The midfielder admits he was ‘honoured’ that the Red Devils were interested in signing him, but says his loyalty to Leeds meant he never considered a move to Old Trafford.

“Come on, what do you think?” Phillips said ahead of City’s game against Club América in Houston. “Going to United? There was never any chance of me going there. You know my loyalty to Leeds. My family are all Leeds fans.

“I was honoured by United wanting me, one of the biggest teams in the world but, no, I had to stay loyal to Leeds and go to the other side of Manchester.

“It’s just the way I am. I want to be loyal to the people who have given me the biggest opportunity in the world.”

Phillips faces a fight to secure regular first-team football at the Etihad, with Rodri established at the base of Pep Guardiola’s midfield.

The England international understands he will have to be at ‘the very top’ of his game to earn a place in the side but says he is relishing the challenge.

“I know I’ll have to be at the very top of my game to get any minutes and get a start,” he said

“At Leeds I was always the guy that needed to play every game; at City that isn’t the case.

“There are some amazing players. I need to push myself to be in that bracket where I need to be playing.”

Phillips was asked whether the move risks his chance of being involved with England this winter, and admits there is an element of risk as Gareth Southgate finalises his plans for the World Cup in Qatar.

“I spoke to Gareth about lots of teams being interested in me,” he said. “We didn’t speak about the World Cup because we had the Nations League.

“It’s a risk-reward thing: I want to come here and prove myself against the best players in the world. If I do that, great, and if I don’t then obviously there’s things that might not go to plan.”