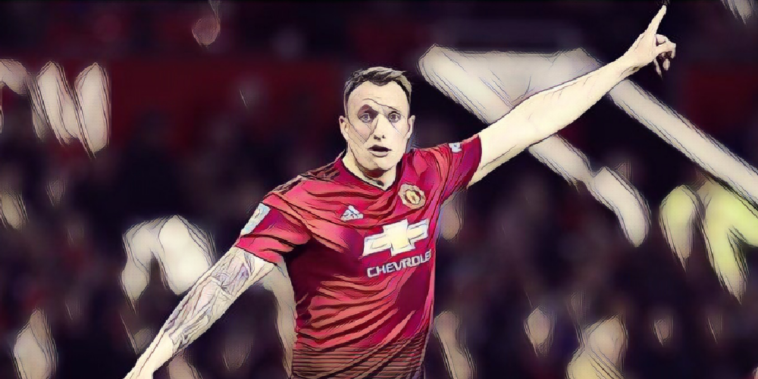 Manchester United have extended the contract of Phil Jones to keep him at the club until 2023.

The defender moved to Manchester United back in 2011 in a £16 million move from Blackburn Rovers, and was tipped to become a future captain of both club and country, with Sir Alex Ferguson famously saying he had the potential to become the next Duncan Edwards.

However, his United career hasn’t quite turned out as the great man predicted, with a series of injuries limiting him to just 208 appearances in seven-and-a-half years at the club.

Jones has been a regular under caretaker manager Ole Gunnar Solskjaer, starting six of the eight league games that the Norwegian has been in charge, and speaking after signing a new deal, the 26-year-old said he was ‘excited’ about continuing his career with the 20 time league champions.

“I am delighted to have signed a new contract. Manchester United has been a big part of my life for eight years and I love everything about this club,” Jones told the official Man Utd website.

“I am excited about the challenges that lie ahead of us as we prepare for a very busy period in the season. I would like to thank Ole and the coaching staff for their continued support in my development.”

Speaking ahead of tomorrow’s Premier League clash against Fulham, Solskjaer said that Jones’ new deal is signal of the clubs belief in the squad.

“It’s a signal for the players we believe in them, for the supporters that we plan ahead and Phil has been there for so long, he’s won the Premier League, trophies and he knows what it takes,” Solskjaer said in his pre-match press conference.

“He’s been here so long so he knows what it takes for us to move up the table.”

United have recently signed Anthony Martial up to a new long-term deal, with the likes of David de Gea and Marcus Rashford also thought to be in advanced talks regarding new deals.