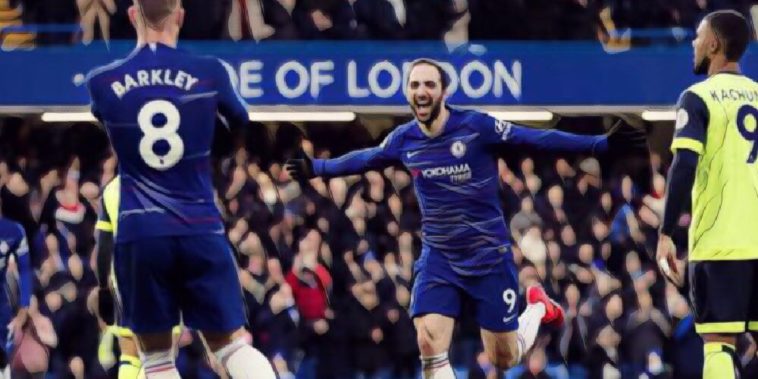 Pep Guardiola admits he is wary of Gonzalo Higuain as Manchester City prepare to face Chelsea in the Premier League this weekend.

Guardiola labelled Higuain a ‘massive striker’ ahead of the sides’ fixture at the Etihad Stadium on Sunday.

Manchester City’s manager deliberated over the former Real Madrid striker’s best attributes and acknowledged that Higuain does not need much of an opportunity to score.

“He’s a massive striker, he drops, keeps the ball, has movement, goes in the box, he’s a guy who does not need too much to score,” Guardiola told his pre-match press conference.

“He has great experience, at Napoli, Juve and with Argentina – he’s exceptional striker.”

Sunday’s fixture in Manchester will only be Higuain’s third Premier League outing for Chelsea. He has scored twice already for The Blues, in their 5-0 demolition of Huddersfield Town last weekend.

Chelsea beat City 2-0 when the sides met back in December so Guardiola and his men will need to be firing on all cylinders if they are to take all three points on Sunday.