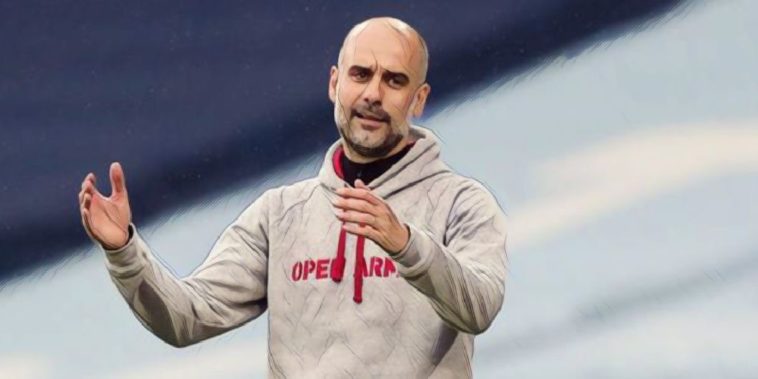 Pep Guardiola says he is not planning to rest his Manchester City players this weekend despite the club’s looming Champions League final with Chelsea.

City conclude their Premier League season with a home fixture against Everton on Sunday, a fixture of little consequence to the home side given their confirmed status as newly-crowned champions.

Guardiola’s side’s season is far from finished however, with City set to face Chelsea in their maiden appearance on club football’s biggest stage next weekend in the third ever all-English Champions League final.

Speaking ahead of the visit of Carlo Ancelotti’s side, Guardiola was asked if he was planning to rest key players this weekend in a bid to avoid injuries ahead of next weekend’s showpiece.

“I will pick the players that can win the game,” Guardiola told his pre-match press conference.

“We will have six days before the Champions League final and if someone gets injured, unlucky.

“Kyle Walker could not play against Brighton because he has a twist in his ankle after playing with his children. It happens. Everyone is fit [to play Everton].

“Every single day during the season is a [selection] headache for me but now I have to be straight in my feelings and decisions and everybody will be committed to help.”