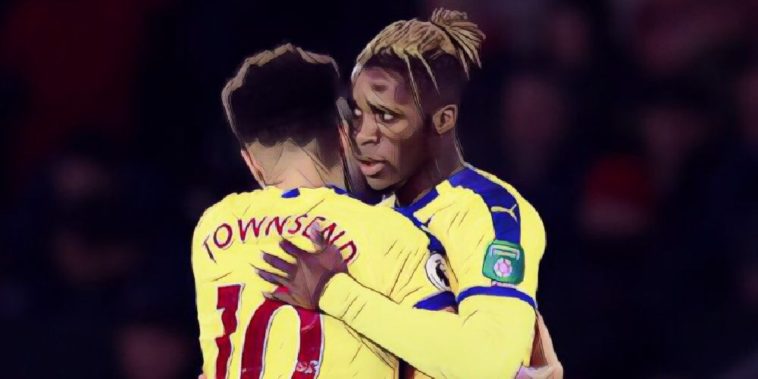 Crystal Palace manager Roy Hodgson was disappointed with this evening’s 1-1 draw with Southampton, as well as at Wilfried Zaha for getting himself sent off.

Palace took the lead towards the end of the first half as Zaha scored for just the fourth time in the league this season, but were pegged back with 13 minutes to play through Southampton midfielder James Ward Prowse.

Speaking after the game, Eagles boss Hodgson admitted that he was disappointed not to have returned to London with all three points.

“We had chances [to win], there’s no doubt about that,” Hodgson told the BBC.

“Especially in the second half we had balls cleared off the line and several other very good opportunities.

“Of course we’re going to be a bit disappointed, and to lose a player through a sending off is even more disappointing.”

Having opened the scoring, Palace winger Zaha then managed to get himself stupidly sent off, picking up a yellow for an altercation with the Saints goalscorer Ward-Prowse, only for him to sarcastically clap the referee’s decision, to pick up his second yellow in a matter of seconds.

While Hodgson thought he had been fouled in the build-up to the initial yellow card, he didn’t condone his dissent towards the referee.

“His reaction to not receiving a foul when he was clearly pushed off the ball – obviously people do get frustrated [in those situations]. But I can’t condone him applauding the referee after getting the yellow card – that is something you can’t do.”

The result leaves both Palace and Southampton locked together on 23 points, four clear of Cardiff in the relegation zone, although the Eagles have a better goal difference