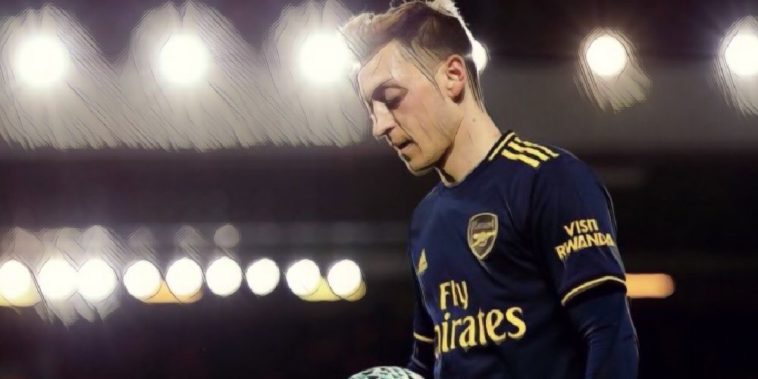 Mesut Ozil is nearing an Arsenal exit with the out-of-favour midfielder having reportedly reached an ‘agreement’ over a departure from the Emirates.

Ozil has not featured for the north London side since March 2020 and was left out of the Gunners’ squads from their Premier League and Europa League campaigns, with Mikel Arteta making it clear that the 32-year-old was not part of his future plans.

The German has entered the final months of his record-breaking contract with Arsenal and has long maintained he will see out the entirety of his deal, though reports are suggesting that the star could now seal his exit in the winter window.

Turkish outlet A Spor [via Sport Witness] have claimed that Ozil has reached an agreement over a deal with Fenerbahce, the star having been strongly linked with a move to the Süper Lig in recent months.

Fenerbahce have been crowned as champions of Turkey on 19 occasions but slumped to a disappointing seventh-placed finish last term, with Erol Bulut’s side – who count former Premier League players Papiss Cisse and Enner Valencia amongst their ranks – currently fifth in the standings.

The reports of an imminent Ozil move have been circulated by the Turkish media previously and it remains to be seen whether there has been genuine progress regarding a move, with a financial agreement with Arsenal needed ahead of any deal – with Ozil and his agent having insisted he won’t leave before the end of his contract.

Ozil has also been linked with a move to Major League Soccer, DC United amongst the clubs reportedly interested in taking the player to the United States.