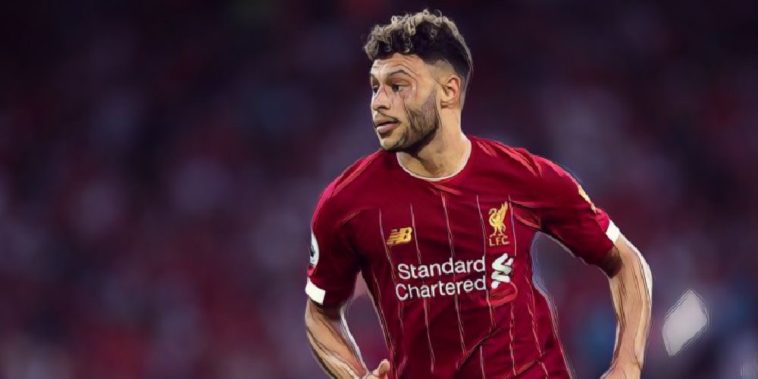 Alex Oxlade-Chamberlain has revealed how an ‘adamant’ message from Jurgen Klopp last summer inspired Liverpool to the verge of the Premier League title.

The Merseyside club are 25-points clear at the top of the division and just two wins away from securing a first league title in three decades, having enjoyed the best ever start to a league season of any side in the history of Europe’s leading leagues.

Football’s current suspension amid the coronavirus crisis has delayed Liverpool‘s seemingly inevitable coronation, though English football remains committed to completing the season when advised it is safe to do so.

Reflecting on his side’s record-breaking start to the season, Oxlade-Chamberlain has credited Reds’ boss Klopp for inspiring the club to their current position, the German having demanded ‘more’ from his players despite having achieved a record points haul (97) only delivered a runners-up finish last season.

“First of all it was sort of another heightened respect for Man City as a team, to go 100 points and then 98 back to back, that takes a lot of doing,” Oxlade-Chamberlain told Premier League Productions via a video call.

“Mentally, as a group of players, I think that’s maybe where we thought, ‘Alright, 97 points not good enough’ and I remember the manager saying we’ve got to do more. Simple as that.

EVERY one of @Alex_OxChambo's goals so far this season 😍 pic.twitter.com/AH0CpRWpzP

“He was adamant that’s not enough, you’ve got to do more, and I think it’s a credit to us in what we’ve done so far this season.

“Obviously this is a strange time because you talk about momentum and that’s the same for every team at the minute, but it’s not finished yet.

“So, I’m really proud of us as a group of lads that we’ve achieved that and the manager as well, the whole club, the backroom staff, they are the same. I’ve seen everyone pushing even harder this year, and that’s what the manager’s created.”

Oxlade-Chamberlain also spoke of the unity within the Liverpool squad at present and discussed the key to their success, revealing the club’s ‘superstars’ set the example in terms of work rate and maintaining humility.

“There’s not one ego in that team. Our superstars are the hardest working, the most humble and the most relatable guys in the team,” the former Arsenal midfielder added.

“Along with industry and the relationship that everyone has, I think that makes it easier for us all to pull in the right direction.

“At the minute we’ve been doing that but whenever we’re able to kick off again we’ve got a job to finish so we can’t get carried away yet.”

Neville explains why he would have loved to play under Klopp