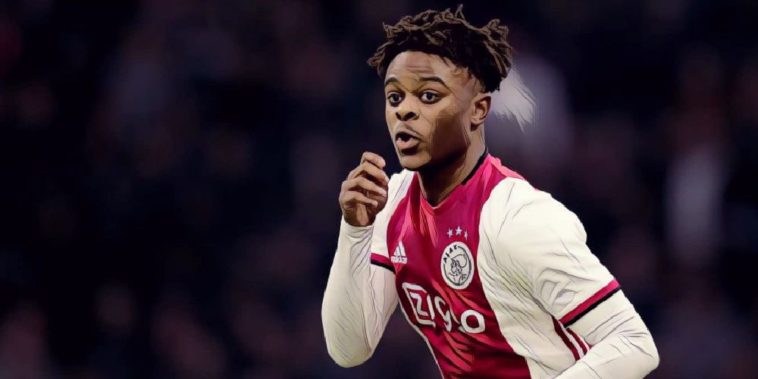 Manchester City are said to be monitoring highly-rated Ajax teenager Sontje Hansen as the club look to bolster their attacking options this summer.

The forward starred during last year’s U-17 World Cup in Brazil, scoring six times in seven appearances to win the tournament’s Golden Boot before making his debut for the senior Ajax side in December of last year.

Hansen will have just a year remaining on his contract at the Dutch side this summer and according to the Guardian could be available for a fee of around £6m, a fee which could prove to be a shrewd investment following the 17-year-old’s impressive performances at youth level.

The report claims that Manchester City have sent scouts to watch the youngster – who is comfortable playing centrally or out wide – and have been impressed by Hansen’s displays, with Pep Guardiola keen to strengthen his attacking depth given the uncertainty surrounding several of the club’s leading talents.

Leroy Sane’s future remains uncertain after strong interest from Bayern Munich last summer, the Germany international set to enter the final year of his contract this summer and expected to be subject of renewed interest from the Bundesliga champions.

Sergio Aguero will also enter the final year of his contract at the Etihad next season, and there is an acceptance from Guardiola that the club’s record goalscorer could opt to return to his native Argentina at the expiry of his current deal.

The arrival of Hansen – who also impressed as the Netherlands won the European U-17 Championship in Ireland last May – would represent a signing for the long term but he has done enough to convince City scouts of his potential.

Interest in the teenager is high, however, with several of Europe’s leading clubs including the likes of Juventus, Inter Milan and RB Leipzig also monitoring the forward ahead of a summer move.