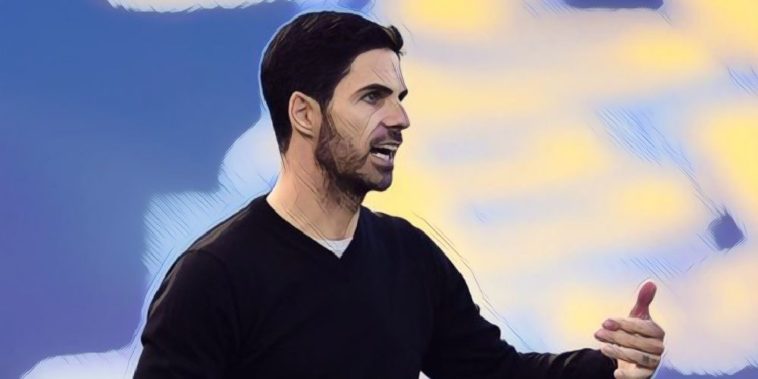 Mikel Arteta insists Arsenal’s ‘eye’ is always on securing a top four finish and Champions League football as the club look to close the gap on the division’s leading sides.

Arsenal currently sit 10th in the Premier League following a disappointing domestic campaign, the north London side enduring their worst start to a season in more than four decades before stabilising in recent weeks.

Last weekend’s 3-1 win at Leicester has raised optimism the Gunners can close an eight-point gap to the Premier League’s top four, with Arsenal next travelling to Burnley before successive clashes against fellow top four hopefuls Tottenham, West Ham and Liverpool.

Arteta insists his side’s aims have not altered despite their struggles this season, and is confident his side can put themselves into a ‘much better position’ to secure Champions League football with consistency in the coming weeks.

“Of course there is because that’s the aim and that’s what we want, to take the club back where it hasn’t been in the last few seasons. Our eye is always there,” Arteta told his pre-match press conference.

“I am sure if we do what we have to do we will be in a much better position ourselves to see where we are in the last four or five games.”