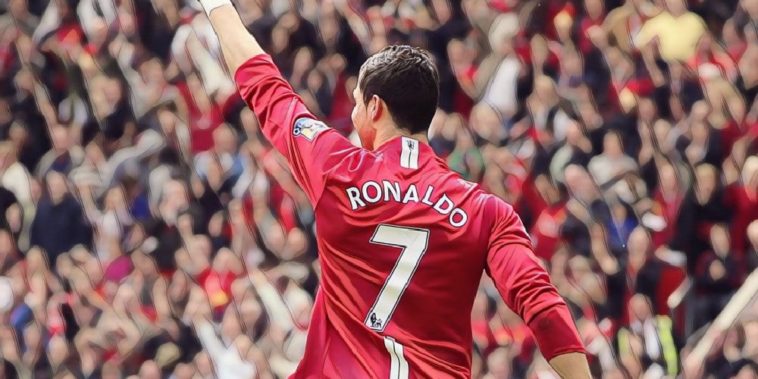 The Chief Football Correspondent for the Daily Telegraph was subjected to all manner of online flak and mockery this past week for suggesting in print that the television blackout of 3pm Saturday kick-offs should be scrapped.

In fairness to Jason Burt – the Chief Football Correspondent in question – his reasoning is sound, or at least legitimises a discussion. As he points out, Saturday three o’clock kick-offs are typically streamed illegally these days anyway while there is no actual evidence that attendances in the lower tiers of the footballing pyramid would suffer if Premier League games are aired at the same time.

It is for this reason why the ‘blackout’ prevails, preventing games from being broadcast between 2.45pm and 5.15pm courtesy of a UEFA statute.

Burt goes on to highlight that this statute is not adhered to anywhere else in Europe and what can be added to his argument is that last season, with all stadia empty, every fixture was screened across various platforms. Perhaps Pandora’s Box has now been opened? Perhaps – rightly or wrongly – we now feel entitled to have every game shown on television?

Yet, it was not the journalist’s central thesis that rubbed people up so strongly but instead the motivation behind penning it. Burt argued that it would be a genuine travesty if non-match-attending Manchester United supporters – as well as, somewhat bizarrely, fans of every other club – were denied the privilege of witnessing the ‘box office’ second debut of Cristiano Ronaldo against Newcastle this Saturday.

A humorous hypocrisy becomes immediately apparent here, that Burt is advocating a service is made freely available to all in an article that resides behind a paywall, but again, this is not what aggrieved those who read it.

What irked – if we are to be hubristic enough to paraphrase thousands of scoffing responses and apologies for that – is that Burt is so star-struck by the celebrity of Ronaldo and smitten by the stature of United, that he believes that the second debut of a 36-year-old footballer justifies – no, demands – the changing of broadcasting regulations that have been in place for decades, regulations that aim to protect the well-being of hundreds of lower league clubs. As one wag succinctly put in on social media – shall we declare a bank holiday as well?

The re-signing of a five-time Ballon d’Or winner by Manchester United, who by every estimation is a former legend of the club, was always going to prompt extreme reactions and if Burt’s assertion reveals an over-the-top giddiness to the news, there have been plenty of exaggerated negative ‘hot takes’ too.

Let’s start with the downplaying of the Portuguese superstar’s allure in 2021, as alluded to in the paraphrasing above. For every amplified celebration of the transfer from a media seeking clicks, readers, and viewers there have been a welter of belittling comments about the player’s advancing age and his depreciating impact. Furthermore, much has been made of United’s initial disinterest in capturing their former idol until Manchester City became heavily linked.

Largely of course, such sniping is the result of tribalism, and inter-changeable with this is a pattern that absolutely always emerges whenever anything significant happens in modern times – whether that be in football, politics, entertainment or life in general. First, there is the reveal and from this half of social media is very pro about it and half very anti. Then a multitude of arguments start, that last until the interesting development has been fully assimilated.

We can carp about this 21st century phenomenon as much as we like – and frankly, we really should carp about it, because soon it will lead to the end of civilisation as we know it – but as dangerous as it is regarding political matters, in the footballing sphere it leads to something rather special being lost, or more accurately, drowned out.

Because amidst the inevitable ‘hot takes’ that accompanied the high profile move, that either dramatically insisted it was a game-changer for United’s title aspirations or else damned the transfer as further proof that the Old Trafford outfit are clinging to their past, a large number of Reds were tweeting how excited they were. How happy it made them that ‘Ronnie’ was back. In a depressing reflection on how substance these days is rendered redundant to contentious proclamations, these tweets got significantly fewer likes.

Yet surely, substance trumps all other considerations? Surely it matters, over and above subjective guesses about how well United will now fare this season, that in the real world, in real time and happening right in front of us without any need for ‘opinion’, a substantial fan-base is beside itself with sheer joy?

“I can’t believe it. In bits here. This means too much, man.” That was a tweet from a United fan on the confirmation of Ronaldo’s return to Old Trafford, a fan who enjoyed unparalleled years of happiness, supporting an extremely successful side before being plummeted into a prolonged hell by way of comparison, a hell that involved a hated neighbour surpassing them, season after season of underachievement, and David Moyes and Jose Mourinho. The tweet got precisely four likes.

That’s because joy is an end-product in itself and we don’t really ‘do’ end-products anymore, not in football. Should your club win a trophy, sections of the media will ponder if that club is becoming too successful while rival fans will point out the easy draws along the way. Should your club sign a brilliant player the fee is scrutinised and criticised while amateur statisticians highlight his negligent xG.

Nobody knows for sure to what extent Cristiano Ronaldo will improve, or even transform Manchester United in the months to come, but his arrival on the final day of August soared the spirits of a fan-base millions in their number. That, for now, is the only news that matters.