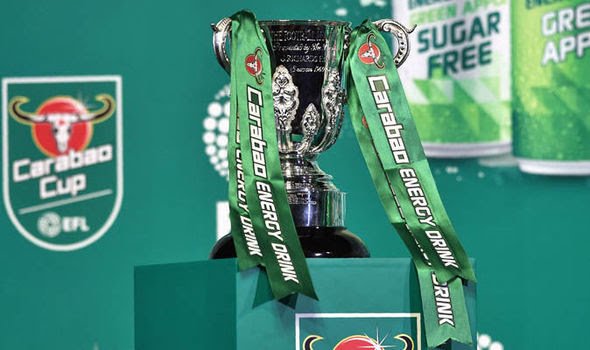 The EFL/Carabao Cup has always felt like the smallest Cup competition a Premier League team can go for. However, in the past teams have shown a desire to win the tournament. So what’s changed?

To the teams who’re expected to fight for the League title every year, the League Cup has always been something of an after-thought. Just another game or as described by Pep Guardiola “a waste of energy.”

Recently, mid-table and newly promoted sides have thrown aside the competition to rest players for their Premier League fixtures. Which demonstrates that managers no longer have the desire to win the competition but it never used to be like this.

One particular year that made me feel like the League Cup was a big-deal was 2003/04. Middlesbrough vs Bolton was the final but it was evident throughout that to both clubs, the competition was a big deal.

Neither team were in great form in the League when the competition started but field strong opposition throughout even against League One opposition in Gillingham and Wigan.

It could be argued that the Cup final wasn’t Middlesbrough’s biggest moment of that year’s competition – they managed to win both legs over “invincibles” Arsenal in the Semi-Final. A competition to forget for Martin Keown.

Then we move on to ten years ago, Spurs defeated holders Chelsea at the new Wembley stadium in a match that had a massive feel about it. It was worthy of a cup-final. Chelsea rotated their squad but still started many first-team regulars, while Spurs started pretty much their strongest XI in every game.

Compare that to last year, two teams who finished the previous season in second and fifth: Arsenal and Manchester United. Both sides made thirty changes for the competition with Arsenal’s run to the quarter-final and United’s route to the final.

This season, not one Premier League team has made less than four changes to their side for a Carabao Cup game which makes the competition feel irrelevant in my opinion.

To make matters worse, there have been too many mistakes just in the drawing processes this season. Honestly, can you imagine any top flight manager getting up at four in the morning to see who they’ve drawn in round three of the Carabao Cup? No? me neither.

Southampton are an example of a side who I believe are in a slightly better position now as they were when I believe the Cup was near it’s peak value – 2004-2005. So how differently did they take the Carabao Cup back then?

Without a win in Eight games, Southampton hosted League One side – Colchester United. After a 0-0 draw with Birmingham, it was clear that something had to change for the Saints but it wasn’t going to be their starting line-up. They only made two changes when they hosted Colchester three days later, out went Dexter Blackstock and Fabrice Fernandes and in came Leon Best and Brett Ormerod. Blackstock was sent on at half-time for Best and scored a hat-trick to send his side into the fourth round.

Southampton came into the game off their first win of the season – A dramatic late 3-2 victory against West Ham. Meanwhile, Wolves were the Championships big spenders and one of the bookies favourite to win the Championship this season. However, the Saints came into this game making seven changes while their opponents made an astounding 11 changes. Neither side looked bothered about getting the win but goals from Danny Baath and Donovan Wilson ensured that Wolves upset the Saints to progress.

Southampton are just one example of the countless Premier League sides who no longer care about the Carabao Cup like they cared about the League Cup back then. Is this down to the clubs, the competition or both? That question is left unanswered but one thing is for sure, the Carabao Cup is viewed as an annoyance to Premier League managers in the modern day.