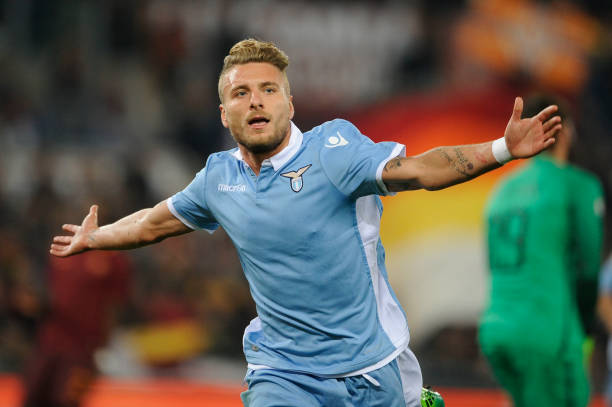 Chelsea are hoping to satisfy Antonio Conte’s discontent by making a move for Lazio striker Ciro Immobile according to reports today.

Conte has been widely reported to be unhappy at Chelsea’s summer transfer dealings which he believes has led his squad vulnerable by not having enough strength in depth. The Blues landed Antonio Rudiger, Alvaro Morata and Tiemoue Bakayoko before the season, but were left frustrated in their searches for new full backs, central defenders, midfielders and strikers.

They were rejected by Alex Oxlade Chamberlain and Ross Barkley and had to settle for Deadline Day moves for Danny Drinkwater and Davide Zappacosta.

However, according to The Sun, Chelsea are ready to ease Conte’s discontent at the club by moving in for Ciro Immobile. The Lazio striker is highly rated by the Italian manager, who views him as a ‘perfect partner’ for club record signing, Alvaro Morata.

Immobile will not come cheap however, with the Serie A club thought to be demanding £53 million for the 27-year-olds signature.

Immobile has previously worked under Conte at Juventus and in the Italian national team and is believed to be interested in being reunited.

Conte meanwhile has spoken publicly and openly about making a return to his homeland, with AC Milan thought to be keen on appointing the 48-year-old.