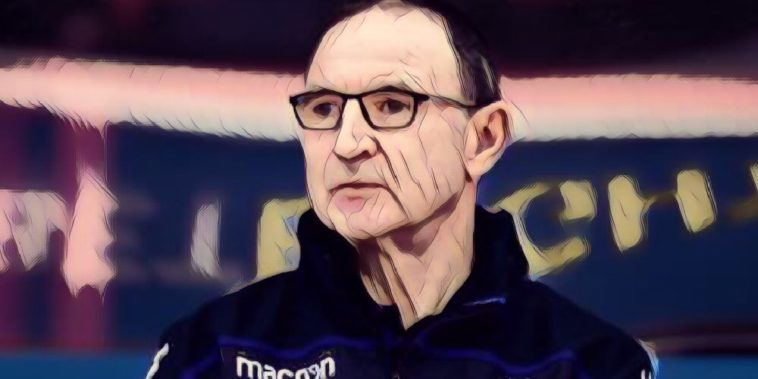 Forest took the lead through defender Yohan Benalouane in the second minute, and despite plenty of Derby possession, they restricted their East Midlands rivals to just six attempts on goal.

The held on to their 1-0 lead to move up to eighth in the table, one point behind Frank Lampard’s side and just three points behind the playoff places.

Speaking after the game, former Republic of Ireland boss Martin O Neill said it was his side’s endeavour that was the decisive factor.

“We showed a great deal of determination. Sometimes you can set out tactics, have a lot of plans… But you know what, eventually, it was phenomenal determination to saw us through tonight,” O’Neill told Sky Sports.

“I’m delighted for the lads in the dressing room and the fans.

“If you’d said to me, after two minutes of the game, that that’d be the end of the scoring, I’d have never believed you.

“We needed to win the game and we need to win a few more games too. We’re fighting. We’re behind. Every slip-up is immense at this stage of the season, but every victory helps enormously.”