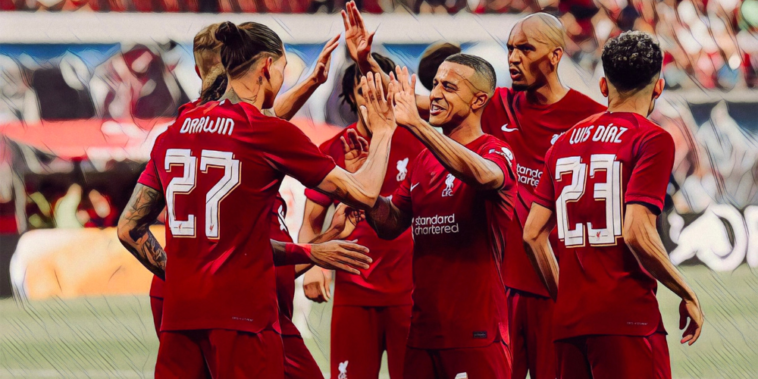 The new season will bring new beginnings for Premier League clubs, a fresh start for sides who will want to improve on the previous campaign’s achievements.

Making sure lessons have been learned will be a good start towards improving in 2022/23 and as the Premier League campaign fast approaches we’ve looked at one area each ‘big six’ club must improve ahead of the new season.

Arsenal showed signs of progress last season despite a late-season collapse, with the Gunners’ inexperienced side running out of steam in the race for Champions League football.

Mikel Arteta regularly used one of the youngest sides in the Premier League last season and a lack of maturity was evident on occasion. Only Everton received more red cards than the north Londoners, while their lack of know-how led to lapses of concentration across the run-in.

Arsenal’s lack of experience was perhaps shown most in the biggest fixtures, as the Gunners ranked bottom of the Premier League’s ‘big six mini-league’.

Arsenal won just nine points from their ten fixtures against the other ‘big six’ clubs, winning three times and losing on seven occasions. Among those defeats was a punishing 3-0 loss at Spurs in May, a result which swung the top-four momentum back in the favour of their north London rivals.

Strides forward have been taken under Arteta, but more mettle must be shown in the club’s defining fixtures this season.

Chelsea were expected to pose a challenge to Manchester City and Liverpool’s recent duopoly of the division, but faded after an initial strong start to end the season a distant third behind the top two.

Off-field uncertainties failed to help Thomas Tuchel and his side, though neither did an inconsistent record at Stamford Bridge.

Trips to west London were once the most feared away day on the Premier League calendar, with Chelsea compiling a record-breaking 86-game unbeaten run on home soil between February 2004 and October 2008.

Last season Chelsea won less than 50% of their home fixtures, their nine wins the same as an Everton team who finished the campaign in 16th.

Relegated Burnley were among the teams to earn a point at Stamford Bridge, while Brentford (4-1) and Arsenal (4-2) ran out convincing winners at Chelsea in successive games in April.

There have been several changes in personnel at Chelsea this summer and among the first tasks for a new-look side will be improving inconsistent performances in the capital.

For the second time in four seasons the Reds missed out on the title to Manchester City by just one point and on both occasions Jurgen Klopp’s side have lost fewer games than the eventual champions.

Eight draws prevented the Merseysiders from winning the Premier League last season, among them costly collapses against both Brighton and Chelsea when two goals ahead. A chaotic clash with Brentford also saw six goals evenly shared despite twice leading and seeing out games when in control is an area to improve.

It’s difficult to criticise a side which has amassed 90+ points in three of the past four seasons, but the standards set at the Etihad mean almost perfection is required at the top.

Four league titles in five seasons, achieved in record-breaking fashion and with an average of 91.6 points per season, it’s hard to critique the Premier League’s dominant force.

Last season saw City score the most goals (99), concede the joint-fewest (26) and the champions have since bolstered an already impressive squad with the additions of Julian Alvarez, Kalvin Phillips, and a certain Erling Haaland.

That said, City’s failings in recent campaigns have often happened in quick-fire fashion.

Pep Guardiola’s side looked set to reach successive Champions League finals before a late collapse to Real Madrid, with the Spanish side scoring twice in stoppage-time before adding a third in extra time to progress.

City also found themselves three goals down to Liverpool at half-time in the FA Cup’s last four, while both RB Leipzig (6-3) and Leicester (6-3) scored in short bursts despite falling to eventual defeat.

City so often find themselves in complete control, but occasional mentality wobbles when conceding in big games is an area we’d point to for improvement.

Erik ten Hag has a sizeable task on his hands after inheriting a Manchester United side fresh from a disastrous campaign, with the Red Devils’ 58 points their lowest haul in the Premier League era.

Ten Hag’s appointment has raised hopes that United can find an identity that has been lacking in recent seasons, but there are issues to address at both ends of the pitch.

United’s 57 goals conceded was more than relegated Burnley (53), while their poor total of just seven set-piece goals scored bettered only Watford (6) and Norwich (3).

Christian Eriksen’s arrival could improve the Red Devils’ delivery from such situations and a club containing aerial targets such as Harry Maguire and, should he remain, Cristiano Ronaldo, needs to improve on their lack of goals from dead-balls.

Last summer’s transfer speculation unsettled Harry Kane’s early form last season, with the fall-out from a failed move to Manchester City leading to a slow start from the England captain.

Kane failed to register his first goal until his seventh appearance of the campaign, while he managed just three league goals before Christmas.

Antonio Conte’s arrival helped transform his fortunes however, with the 28-year-old among the most influential players in the division across the second half of the campaign. Kane scored 16 goals and provided eight assists in 28 appearances following Conte’s appointment and will be central to Spurs’ hopes of success in 2022/23.

Nothing beats that feeling of the ball hitting the back of the net. Really enjoyed Ibrox today, had a proper atmosphere. 🙌 pic.twitter.com/wQtIK1Yjeu

Kane has traditionally been a slow starter and has scored just four of his 183 Premier League goals in August. With the season starting early due to the World Cup, it is a statistic Spurs will hope improves if the north Londoners are to avoid playing catch up.

A gruelling pre-season training regime under Conte should improve his chances of beginning with a bang.