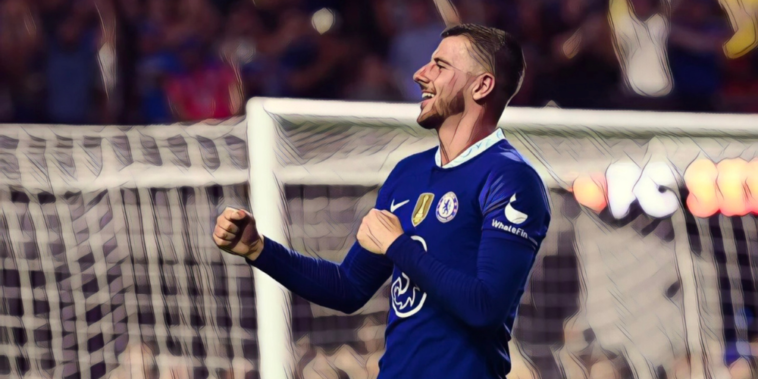 Mason Mount has outlined his desire to ‘step up’ and take more responsibility at Chelsea after captaining the club in pre-season.

Mount was handed the armband during the west Londoners’ friendly defeat to Charlotte FC on penalties, an indication of the 23-year-old’s increasing influence since breaking into the senior side.

The England international admits he was delighted to take on the role in the absence of Cesar Azpilicueta and Jorginho, revealing his desire to take on extra responsibility in Thomas Tuchel’s side.

“I am still young and still learning, but whenever the opportunity comes to step up I want to take it,” Mount told the club’s official website.

“The gaffer trusted me with captaining the side in the second half and I take that responsibility. Whether we win or lose I always want to be the one to be able to take it. To take it on the chin if we win and obviously if we lose as well.

“I’m naturally not the most vocal. I’ve never really been that. When I was captain of the Under-18 FA Youth Cup side I was always someone who tried to lead by example on the pitch.”

Chelsea’s current captain, Azpilicueta, has been linked with an exit this summer as Barcelona target a move for the long-serving defender.

Azpilicueta’s exit could lead to a more prominent role for Mount, who says he is ‘constantly trying to learn’ from the Spaniard and the Blues’ other senior figures.

“Even if you are not someone who leads with the ball and leads on the pitch you have to have that other side as well. We want to be role models to the players that are under-six, under-seven, under-eights, that are coming through looking up to us and what we’ve done over the last couple of years.

“We just have to keep setting a good example and keep working hard because we are still young and we all still have loads more to achieve. That’s our goal and that’s our pathway at the moment.”