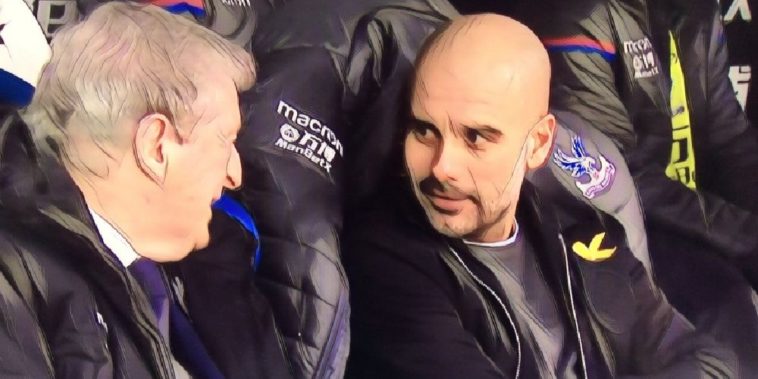 Pep Guardiola has spoken of his admiration for Roy Hodgson, ahead of Manchester City’s clash with Crystal Palace at the Etihad this weekend.

The Premier League champions host the Eagles on Saturday looking to maintain their faint hopes of catching Liverpool in the title race, Guardiola coming up against the most experienced manager in the division in 72-year-old Palace boss Hodgson.

The south London side are currently sitting in the top half of the Premier League following a solid first half of the campaign and will be looking for a repeat of last years shock victory over Man City in what was one of the results of the season.

Ahead of the clash, Guardiola has spoken of his respect for the job Hodgson has done since taking over at Palace in 2017, whilst praising the patience and longevity of a career that has seen the veteran now enter his fifth decade of management.

“Of course I admire him,” Guardiola said at his pre-match press conference.”It’s incredible how he still has the patience to be a manager at his age. It’s incredible and he is doing really well.

“We cannot forget the situation when he took over when they had 0 points and everyone considered them relegated.

“Instead of that, he did an incredible job and it is a pleasure and an honour for me every time I get to see him.”