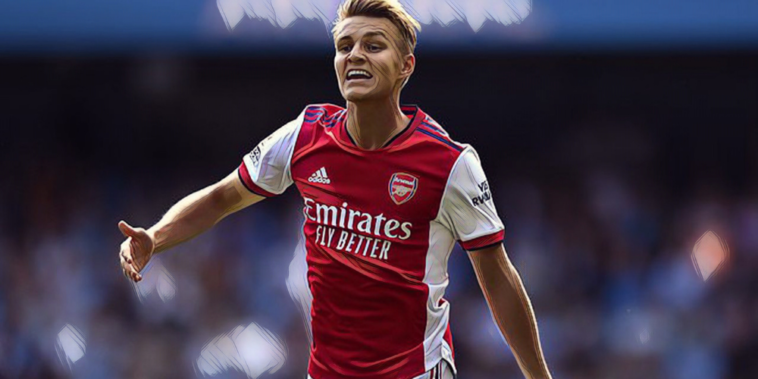 Martin Odegaard has revealed his extraordinary ambitions at Arsenal and says he wants to win the Premier League and Champions League ‘within a couple of years’ at the Emirates.

Odegaard signed for Arsenal side on a permanent deal from Real Madrid this summer, having spent the second half of last season on loan at the north London side.

Mikel Arteta’s side are undergoing a transitional period and have endured a nightmare start to the new Premier League campaign, sitting bottom of the division after three consecutive defeats and no goals scored.

Arsenal have also failed to secure Champions League qualification in each of the past five seasons, but that has not prevented Odegaard from declaring his huge ambitions of winning club football’s biggest trophies in the coming campaigns.

The Norway international has discussed his hopes for Arsenal and has declared his ambition for the Gunners to fight for both the Premier League and Champions League in the near future.

“To get the club up the table, near the top of the league and fight for European football and fight for trophies,” he told Sky Sports.

“I think for this season obviously we want to get back to European football. That will be important for us, the players, the club and the fans.

“Then hopefully with time, win trophies, Champions League and hopefully win the league within a couple of years”.

Odegaard insisted that the first objective is to seal a return to continental competition, with Arsenal having missed out on Europe last season following a second consecutive eight-place finish in the Premier League.

“I think thats from everyone, this club needs to be at the top, needs to play European football and I think everyone agrees.

“It is not something we’ve talked a lot about but that’s just how it should be in this club. That’s the standard.”

Read Also – Fun Bees, TAA, Being Arsenal: 5 things that we already know before the PL restarts this weekend