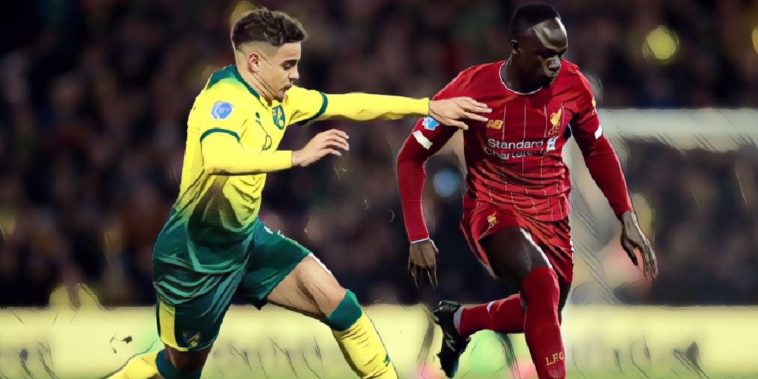 Newly-promoted Norwich take on Liverpool on Saturday evening, the hosts having last beaten their opponents way back in 1994.

Here’s all you need to know about that upcoming meeting at Carrow Road:

The Canaries will be hoping to improve upon their last opening weekend encounter with Jurgen Klopp’s side, where they were soundly beaten 4-1 by the eventual title winners back in 2019, although their pre-season preparations have been far from ideal due to a Covid-19 outbreak at the club.

The impact of that outbreak was noticeable in their last pre-season clash against Newcastle United, Daniel Farke only able to name a threadbare squad for the eventual defeat due to the absence of the likes of Grant Hanley, Onel Hernandez, Jordan Hugill, Przemyslaw Placheta, Bali Mumba and Milot Rashica, all of whom had been forced to isolate.

While they are entering their final days of that isolation, it remains to be seen what their availability will be for this weekend’s clash, with both Sam Bryam and the highly sought-after Todd Cantwell also both out with injury.

The latter man has been at the centre of speculation regarding a potential move to Aston Villa as a ‘replacement’ for the recently departed Jack Grealish, the East Anglian club having already seen Emi Buendia head to Villa Park this summer on a £33m deal.

And the assist of pre-season goes to… 🤯 pic.twitter.com/uM9A5L0hD8

Should Cantwell follow him out the door, it could well be a major blow to a side that was so impressive en route to clinching the Championship title last term and could put a dent in their hopes of avoiding another swift return to the second tier.

That being said, Norwich are not willing to bankrupt themselves in a desperate attempt for survival and will likely have learnt from their last foray into the top tier back in 2019/20, the club having brought in Milot Rashica, Christos Tzolis, Josh Sargent and Ben Gibson, all for less than £10m each.

In what’s been a relatively quiet window for Liverpool so far – the only major signing being that of Ibrahima Konate – the club have been served a major boost by the return of defensive duo Joe Gomez and Virgil Van Dijk – two men who were sorely missed last season.

In truth, despite their wretched run of home form at the start of 2021, it’s a testament to Jurgen Klopp and his side that they still managed to secure a third-place finish, all while enduring what was a frankly incredible injury crisis.

Back to near on full strength – barring the unfortunate ankle issue picked up by Andy Robertson in pre-season – Liverpool should be well placed to challenge once again this season, particularly with the immense front three of Mo Salah, Sadio Mane and Roberto Firmino still at the club.

However, the issue remains regarding whether the club have enough depth to cover those attacking positions, albeit with some exciting emerging talent in the form of Harvey Elliot and Kaide Gordon likely to push hard for regular game time this season.

Another potential issue is the lack of an obvious replacement for the departed Gini Wijnaldum, while there is a sense of uncertainty over the future of captain Jordan Henderson, who has just two years remaining on his current deal and with no sign of an extension being in the works.

As for this weekend, Greek full-back Kostas Tsimikas is likely to come in for the sidelined Robertson, while Van Dijk is available to make his first competitive appearance since hobbling off in the Merseyside derby back in October.

The two sides have played out some barnstorming encounters over the years – memorably that remarkable 5-4 affair at Carrow Road five years ago – yet their last meeting was far from the most exciting 90 minutes of action.

The visitors had gone into the game off the back of a remarkable 16-game winning streak that had all but confirmed a first title win for 30 years, while the hosts were in desperate need of the points in their attempt to stave off the drop.

On a wet and windy night in Norwich, it was the home side who perhaps had the better of the chances, both Lukas Rupp and Alex Tettey going close, before the league leaders inevitably found a way through, Sadio Mane firing home on 78 minutes to clinch a hard-fought 1-0 victory.

That triumph not only stretched Liverpool’s winning run to 17 games, but also took them a staggering 25 points clear at the summit.