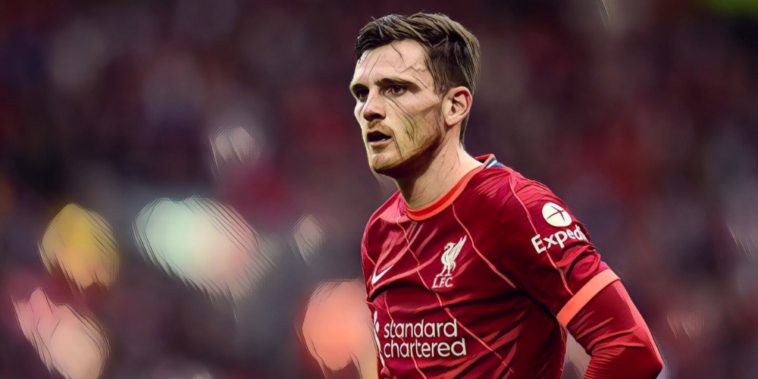 Jurgen Klopp has said that Liverpool have ‘got lucky’ with Andy Robertson’s ankle injury after scans revealed the extent of the defender’s issue.

Robertson was forced off shortly before half-time during the pre-season friendly draw with Athletic Bilbao on Sunday, with scans having revealed that the Scotland captain has sustained ankle ligament damage.

The 27-year-old will miss the Reds opening fixture of the Premier League season against Norwich on Saturday evening and is expected to miss around a month of action, which could see him also miss home games against Burnley and Chelsea.

Klopp has discussed the defender’s absence and believes Liverpool have ‘got lucky’ following the results of the scan, insisting the problem ‘could have been much worse’ following a painful incident for Robertson.

Thanks to everyone for the kind messages and support. Scan suggests nothing too major but there’s some ligament damage which will need to mend. I will be grafting every day so I can help the team again sooner rather than later. Good luck to the boys playing tonight #YNWA pic.twitter.com/urKPCLmHgS

“Not really [any timeframe], but I think we got lucky with that,” Klopp told LFCTV.

“It could have been much worse. We saw the footage, it didn’t look too well. But I think we got lucky, it will not be too long.

Kostas Tsimikas is expected to deputise at left-back in Robertson’s absence with the Greek international having enjoyed an impressive pre-season campaign.