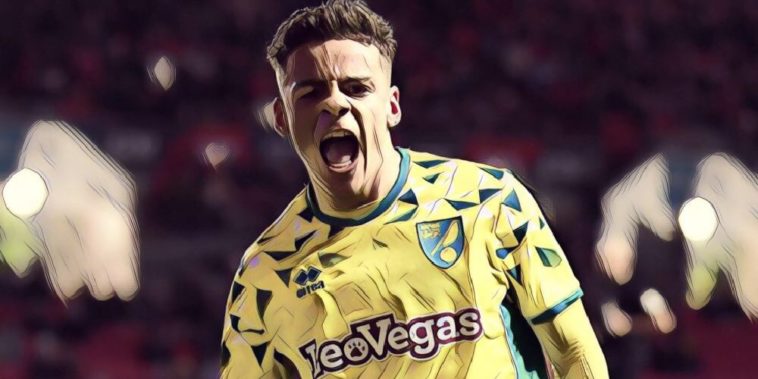 Norwich will ‘resist any attempts’ to sign in-demand full-back Max Aarons this summer.

Aarons has emerged as a target for Manchester United and Crystal Palace after an impressing during Norwich’s Championship winning campaign, being named EFL Young Player of the Year and in the division’s Team of the Season.

The 19-year-old is reported to be interesting United boss Ole Gunnar Solskjaer as he bids to strengthen at right-back, the teenager offering an alternative to Crystal Palace’s Aaron Wan-Bissaka with the club having seen two bids rejected for the England U21 international.

However, according to the Independent, Norwich will resist any offers for Aarons this summer, with the Canaries having no desire to sell the youngster ahead of their return to the Premier League.

Norwich are under no pressure to sell with Aarons, who has also attracted attention from Chelsea and Arsenal, having only signed a five-year contract in October, with the club keen to keep the highly-rated defender at the club following his rapid progression since breaking into the first-team last season.

United’s priority remains a deal for Wan-Bissaka, who has established himself as one of the Premier League’s finest young defenders at Selhurst Park.

According to the Daily Record, United have agreed a £55m deal for Wan-Bissaka, although other outlets suggest those claims are a little premature.