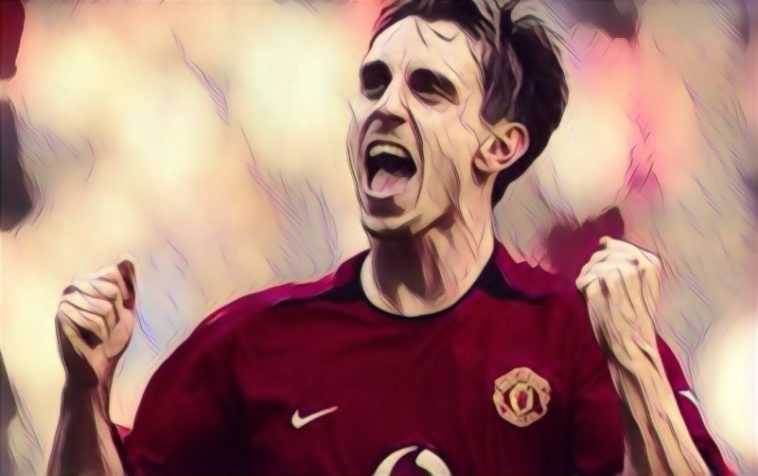 In the latest edition of our Five of the Best Premier League players in each position series, we look at the best right-backs to have graced the world’s most popular competition.

When Arsenal signed a relatively unknown 22-year-old by the name of Lee Dixon from Stoke City in 1988, few would have predicted that the youngster would go on to become the greatest right-back in the club’s illustrious history.

Along with goalkeeper David Seaman, left-back Nigel Winterburn and centre-back pairing Tony Adams and Steve Bould, Dixon would form probably the best back-five ever seen in English football. Under the management of George Graham, The Gunners defensive resolve became legendary, and the chant of ”1-0 to the Arsenal,” was a testament to this.

Dixon was very much an old fashioned full-back, unlike the modern day player, his primary focus was defending, and in all honesty, he at times looked visibly uncomfortable when asked to cross the half-way line.

He retired in 2002 having made 458 appearances for Arsenal, winning four Premier League titles and three FA Cups.

Gary Neville grew up cheering Manchester United on from the Terraces of Old Trafford. He would eventually go on to fulfil his childhood dream and become a professional with his beloved Red Devils.

Neville would not just go on to play for his favourite club, he would go on to play for them during the most successful period in the Old Trafford sides’ history, and he will not only go down as a Man United legend, but also probably the best right-back in Premier League history.

Neville was part of the famous class of ’92 that included Ryan Giggs, Nicky Butt, Paul Scholes, David Beckham and his brother Phil. This group of talented youngster’s would go on to dominate English football for the best part of a decade.

The former England international was rarely beaten in one-on-one situations and was extremely intelligent in terms of how he read the game. Going forward he was no slouch either, and he was known for his lung busting attacking runs and dangerous crossing. At his peak he formed a superb partnership with his best friend and footballing icon David Beckham down United’s right, with their understanding was so good it seemed almost telepathic.

Neville retired in 2011 having made 602 appearances for United, and with a trophy haul that makes him one of English footballs most decorated players of all time. In total ”Red Nev,” won nine Premier Leagues, three FA Cups, and two Champions Leagues.

Despite being universally despised by fans of almost every other club except for United, he has since gone on to carve out a hugely successful career as the nation’s leading football pundit with Sky Sports.

When Pablo Zabaleta signed for Manchester City from Espanyol in the summer of 2008, not long afterwards an event would occur that would change the course of both his career and that of his new club.

Just a few days after the Argentina international became a Citizen, Sheikh Mansour’s Abu Dhabi group would buy the club and their heavy financial investment would turn the club into a Premier League force.

Zabaleta started his career as a central midfielder, but was later converted to a right-back and took to his new role like a fish to water. He became an integral part of the City side that won the 2011 FA Cup and the 2011/2012 and 2013/2014 Premier League titles.

Zaba, as he was known to Citizens supporters, became a fan’s favourite for his immense work-rate and never-say-die attitude. Very few left-wingers got much change out of the crafty Argentine, and he was never shy of getting forward to help his team out in attack.

He left City in 2017 to join West Ham as an all-time club legend, and has made over 250 Premier League appearances encounting.

Ivanovic joined Chelsea in 2008 from Lokomotiv Moscow for £9 million. He originally joined as a centre-back, but after getting a run in the team at right-back he never looked back.

The Big Serb soon became a fan favourite for his no-nonsense style of defending and his ability to pop up with important goals in big games. He enjoyed a hugely successful spell at Stamford Bridge making 261 appearances, winning three Premier League titles, three FA Cups, the Europa League and the Champions League.

He left Chelsea in 2017 for Zenit Saint Petersburg and will go down as one of the most consistent performers of the Roman Abramovich era.

Cameroon international Lauren is yet another player on this list, who didn’t actually start his career as a right-back, but would eventually end up thriving there.

He joined Arsenal in 2000, and would eventually end up taking over right-back duties at Highbury/The Emirates from the first man on our list Lee Dixon.

Lauren was a classy player with excellent pace, power and technique who would become a vital cog in the ”Invincible’s,” side that went the whole 2003/2004 season unbeaten.

He left Arsenal for Portsmouth in 2007, where he would go onto become a key man in their unlikely 2008 FA Cup success. When his career in England ended in he had made over 250 appearances, and had won two Premier Leagues and three FA Cups.

Read: Five of the best left-backs in the Premier League era