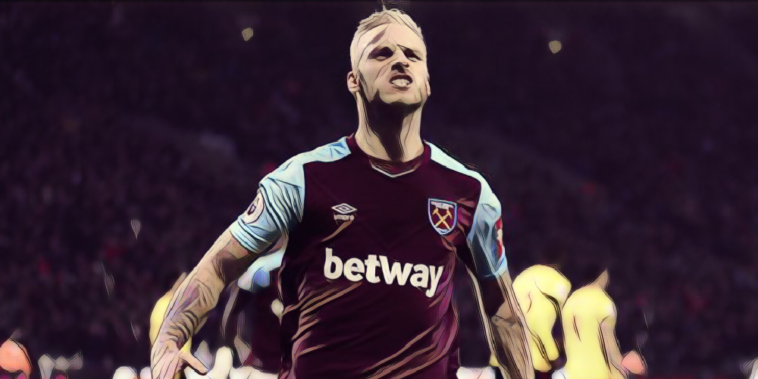 Don’t you just love this time of year. One transfer report can send fans into raptures of excitement or absolute meltdown. Its silly season!

If you are a Manchester United fan, you should know all about these reactions by now, as the Red Devils seem to get linked with moves for a whole host of players, with the majority just being paper talk that never happen.

This week has been one of those weeks for United fans, with fans taking to social media in glee at the news that Gareth Bale is considering a return to the Premier League. His comments after last Saturdays Champions League final sent the transfer rumour mill into overdrive, although the latest reports suggest that the deal could now be off.

However it wasn’t just Bale’s name on fans lips this week, with Sky Sports going big on claims that Manchester United are interested in West Ham forward Marko Arnautovic. United fans were flabbergasted by the news, and things weren’t made any better when Jose Mourinho was spotted watching Austria’s most recent friendly.

The Portuguese is thought to be potentially interested in bringing in another big, tall, strong striker to play as a back-up to Romelu Lukaku, having watched Marcus Rashford fail miserably to dominate Chelsea’s back line in the absence of the Belgian in last months FA Cup final.

Another striker, in the similar mould to that of Mourinho’s criteria is Juventus forward Mario Mandzukic, who has also being linked with a potential move to Old Trafford.

However, well respected journalist Fabrizio Romano, who isn’t usually far wrong when it comes to Manchester United transfer stories, claims that United have not opened discussions regarding either Arnautovic of Mandzukic…well, not at the moment anyway.

United are also interested in signing Brazilian midfielder Fred, and Portuguese right back Diogo Dalot, and Romano claims that talks are progressing.