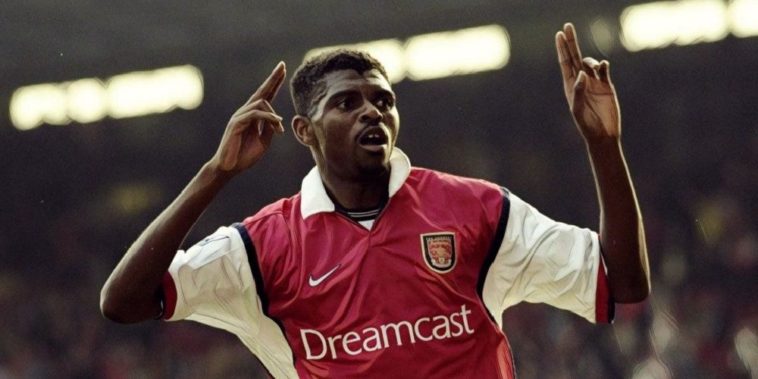 Following the forwards milestone moment we’ve looked back at the other ‘Super Eagles’ stars to have achieved the feat, here are the five Nigerians to score a hat-trick in the Premier League:

The first Nigerian to score a Premier League hat-trick and the first player to ever score more than three times in the rebranded division, Efan Ekoku enjoyed a day to remember when Norwich travelled to face Everton in September 1993.

Norwich had been the surprise package of the inaugural Premier League season and found themselves in the title race before eventually finishing third, with Ekoku signing from third-tier Bournemouth in the midst of the run-in and scoring three goals in 10 games.

The Nigerian started the following season in fine fashion and scored Norwich’s first-ever European goal with a strike against Vitesse Arnhem in the UEFA Cup, before an early-season visit to Everton led to his history-making moment.

Ekoku scored four times in a 5-1 thrashing of the Toffees on Merseyside, including a perfect hat-trick before rounding the goalkeeper to slot home a fourth from close range.

Amongst the most iconic hat-tricks in Premier League history, Kanu wrote his name into Arsenal folklore after becoming the second Nigerian to net a treble in England’s top tier.

Kanu signed for the north London side from Inter Milan and with a wealth of success behind him, having won three league titles, the Champions League and UEFA Cup during spells at Ajax and Inter, in addition to 1996 Olympic gold with the national side.

The forward’s hat-trick came during his first full season in the Premier League as Arsenal on Chelsea in a London derby, inspiring the Gunners to a remarkable turnaround after finding themselves 2-0 down at Stamford Bridge.

There were just 15 minutes remaining when Kanu’s first came with a sharp turn and prodded finish inside the box, before finding space once more to lash home an equaliser at the near post.

The comeback was completed after the forward danced around a wayward Ed de Goey on the byline before whipping in a fine finish for his hat-trick, sealing his place in the history books with a match-winning display against their capital rivals.

Yakubu ranks as the highest-scoring Nigerian footballer in Premier League history, having netted almost a century of goals in the division for clubs including Portsmouth, Middlesborough and Everton.

The forward’s first treble came with a four-goal haul for Portsmouth against Middlesborough on the final day of the 2003/04 season, before starting the following campaign in fine fashion with an August treble in a thrilling 4-3 win over Fulham.

Fulham were again the victims of the star’s goalscoring touch as he scored three times against the Cottagers for Everton three years later, before scoring a fourth Premier League hat-trick with another four-goal showing for Blackburn against Swansea in December 2011.

Yakubu’s four hat-tricks see him level with the likes of Les Ferdinand, Carlos Tevez and Jermain Defoe for top-flight trebles, whilst he is also one of just five players to have scored Premier League hat-tricks for three different clubs.

Another hat-trick that cemented a player’s place in the annals of his side, Peter Odemwingie’s treble helped West Bromwich Albion humiliate Wolves in the Black Country derby.

West Brom ran riot at Molineux to secure an emphatic 5-1 win against their struggling local rivals, with Odemwingie the architect of a memorable victory for the travelling Baggies.

The Nigeria international opened the scoring with a deflected strike, before hooking in a second from close range as Wolves failed to deal with a West Brom corner.

Odemwingie completed his hat-trick following a ruthless counter-attack as West Brom embarrassed Mick McCarthy’s side, inflicting a sixth defeat in seven games on Wolves who dropped into the relegation places as a result.

Iheanacho became the fifth Nigerian to score a Premier League treble this weekend, helping himself to three goals as Leicester boosted their Champions League push by thrashing Sheffield United.

The forward has spent much of his time with the Foxes as an understudy but has stepped up in recent weeks following a host of injuries, scoring five league goals in his past three appearances including a first-ever Premier League hat-trick against the Blades.

Iheanacho’s first goals came with brilliant first-time finishes from Jamie Vardy crosses, before lashing home a third from just outside the penalty area as the Sheffield United defence stood off a player in confident mood.

It’s now six goals in just eight starts this season for the 24-year-old who will hope to have done enough to convince Brendan Rodgers he deserves a regular role in the side, Iheanacho showing signs of improvement as he bids to realise the potential first shown after coming through at Manchester City.