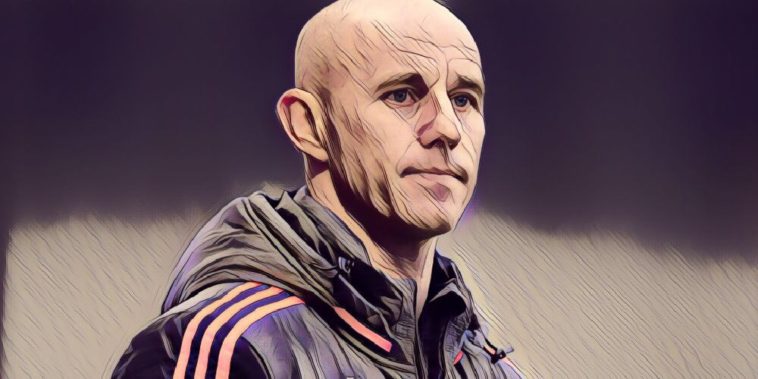 Former Manchester United midfielder Nicky Butt has opened up on his time working with David Moyes, Louis Van Gaal and Jose Mourinho, having recently left the club after nine years as part of the coaching set-up.

As a player, the Englishman rose through the Manchester United ranks as part of the famed ‘Class of 92’ generation, going on to become a first-team regular and memorably starting the Champions League final victory over Bayern Munich in 1999.

After departing the club in 2004, he spent time at Newcastle United, Birmingham City and a brief stint in Hong Kong, before returning to the club in a coaching capacity in 2012.

After initially working as an assistant coach in the reserves, the former England international went on to become academy manager in 2016, before taking on the role of head of first-team development a few years later – a position he vacated back in March.

Those roles behind the scenes saw him work closely with the succession of managers that followed Sir Alex Ferguson’s retirement in 2013.

Speaking about his time as a coach, Butt shed light on some of the managers he worked under, including David Moyes, who he insisted was ‘brilliant’ with him.

“Sir Alex left all of a sudden and the dynamics started to change – and that’s not necessarily a bad thing. You need to learn from outside your bubble and I’d done that when I went to Newcastle as a player,” he told The Athletic.

“David Moyes was brilliant with me. He did things his way but I actually liked watching him work. David could see my passion for coaching; he gave me the under-19s team, which was a big team for me, taking the young lads into Europe. Things were different, but I learned. It’s not even about liking people or not if you can learn from them.

“I was so fortunate as a player that I’d had consistency for such a long time from a man I respected. Most players don’t get to play under the best ever.

“David left (in April 2014) and we did a few games with Giggsy (in interim charge). I was so proud to walk out onto the bench with my friends and try to lead the team. We knew Ryan wasn’t going to get the job, so we wanted to enjoy the experience. And there I was, sitting on the bench with a lad I’d played with from United’s under-12s.”

Following Moyes’ sacking, Butt briefly took on the role of assistant to interim boss Ryan Giggs, before a permanent replacement arrived in the form of Louis Van Gaal, someone who he ‘speaks highly of’ despite his different methods.

“Louis van Gaal came in. I’ve heard what people say about him,” he continued. “He was totally different to anything I’d ever seen in my life in the way he managed his set-up. He was firm and partitions went up for meetings. At first, I was thinking, ‘This isn’t right, this is not how we do things.’ But it was no longer ‘we’ — that world had gone.

“Van Gaal respected United’s past but wanted to do things his way. His training and management was very structured. I really enjoyed watching how he trained with his coaches. They were good people, it was good for me to learn and I speak highly of Louis. He was approachable, he had a phenomenal CV.”

Despite winning the FA Cup in 2016, the Dutchman was swiftly replaced by the enigmatic Jose Mourinho, with Butt full of praise for the current Roma boss, particularly for his interest in the youth team.

“And then Jose came in. Again, an unbelievable character. I was his academy manager so I wondered what it would be like. The reality was that he spoke to me every single morning at breakfast. He asked me about young players, he was approachable, he was helpful. He was single-minded and selfish – and whether you like it or not, that’s what the best managers are.

“He would ask me which players I wanted to move up. He asked, ‘Who is this kid Greenwood?’ when Mason was 15. ‘Bring him to train with us’, and I said, ‘We can’t, because he’s at school and there are rules and regulations.’ I pushed Scott McTominay and explained that he was a good kid who he’d like; one who was aggressive, can run and pass. Jose had him training and Scott never looked back.

“Jose sat with the under-19s ahead of a trip to Portugal. He told them what to expect, he said that Victor Lindelof will be the next big player. Jose was good and, for an elite manager with his record, he was very, very good with me.

“He walked into the room and you knew he was the boss. If he had a stern face you knew he wasn’t in the good mood but at other times he had a laugh. He had his own coaches who he trusted and I don’t blame him. He’d laugh and joke with them and I got on with all of them.

“It would have been easy – and very arrogant – for me to say, ‘What do these people know? This is our club. I played here, I’m a Mancunian, what do they know?’ So I didn’t. My attitude was that I wanted to take a bit from all of them.”